Occupational health future workforce crisis: is the NHS the solution? 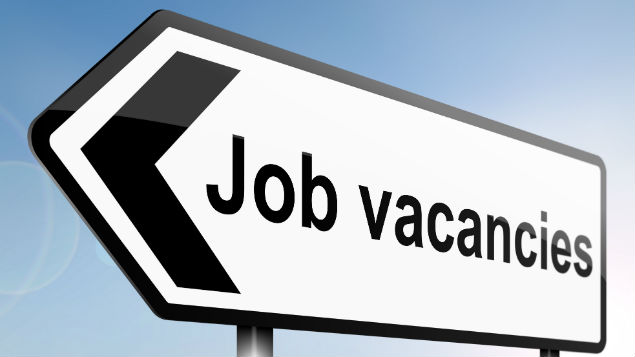 A recent paper published in the British Medical Journal argues that to solve the occupational health future workforce crisis, OH should become part of the NHS. Nic Paton talks to practitioners about the case for and against.

Anyone who has spent any time working within occupational health will know full well that the elephant in the room when it comes to workplace health and wellbeing is the fact that the majority of people in the UK – an estimated 60% of all private-sector employees – work in small- or medium-sized businesses (SMEs).

Unlike those working for larger and/or public-sector employers, who are likely to have access to at least some form of employer-funded workplace health-related support (whether an actual OH service or a mix of benefits or insurances), for these SME employees, if they become ill or unable to work, the choice by and large remains stark: go and see their GP. And this is, of course, before we get to rising numbers of people now working on a self-employed basis and therefore unable even to get sick pay, let alone wider support.

What the BMJ article said

The article in the British Medical Journal (BMJ 2017;357:j2334 doi: 10.1136/bmj.j2334) was co-authored by consultant occupational physician Ian Torrance and Richard Heron, president of the Faculty of Occupational Medicine.

Entitled “Occupational health should be part of the NHS: integration would benefit people in and out of work, and the UK economy”, it posited the argument that “integration of the clinical specialty of occupational health into the NHS is long overdue” and something for which the “UK economy, workforce, and healthcare system cannot afford to wait”.

After briefly outlining occupational health’s unique position outside the NHS, it highlighted how Dame Carol Black’s 2008 Working for a healthier tomorrow report and the 2011 Black/Frost independent review of sickness absence had both raised “concerns about detachment of occupational health from mainstream healthcare”.

While many larger businesses had seen the benefit of investing in occupational health services, for employees in smaller and medium-sized enterprises, coverage remained “patchy”, while those who were unemployed had no access at all.

“Ill health among working people costs the UK economy £100 billion a year, while economic inactivity costs the Treasury about £50 billion a year, including £19 billion in welfare benefit payments. So the Government also has a powerful economic incentive to pay for broader provision of occupational health services. The most obvious route would be to integrate occupational health into NHS care systems,” the authors suggested.

This, however, would require a significant rethink on training and building up the capacity of the profession, they conceded.

“Full integration would require recruitment of many more occupational health doctors, along with associated specialist nurses. But there is an ongoing crisis in both staffing and training.

“A recent report from an all-party parliamentary group highlights that 64% of occupational health specialists are now older than 50, and also notes a collapse in the number of trainees. In 2015, there were just 74 trainees across the whole of the UK.

“Only about 13 doctors achieve accreditation in occupational health each year, according to the Faculty of Occupational Medicine’s latest figures. The specialty is at risk of losing the critical mass of accredited doctors required to maintain future training capability,” the article’s authors said.

“Integration of the clinical specialty of occupational health into the NHS is long overdue. If action is not taken soon, it could take a generation to train enough specialists to make integration a realistic possibility. The UK economy, workforce and healthcare system cannot afford to wait,” they concluded.

Yet, with sickness absence costing an estimated £100 billion a year, a recent editorial in the British Medical Journal (BMJ) has argued that OH provision needs to be totally rethought for the modern, increasingly flexible working environment.

The article, by consultant occupational physician Dr Ian Torrance and Dr Richard Heron, president of the Faculty of Occupational Medicine, has called for OH to be made part of the NHS – something that workers and employees can use, access and be referred into just like any other NHS service.

As they argue (see “What the BMJ article said” box for a fuller outline), the cost of absence and the benefit of a healthier workforce gives the Government “a powerful economic incentive to pay for broader provision of occupational health services”, with the “most obvious” answer being to integrate OH into NHS care systems.

So, is it a credible, imaginative solution, or pie in the sky? Even with the tensions of Brexit and a minority government, in a (possibly) post-austerity age, could this ever catch on as an idea?

Speaking to Occupational Health & Wellbeing, co-author Dr Heron emphasises, first, that this argument is very much a personal perspective rather than reflecting the faculty. It is, he concedes, also in part about making the argument for greater investment in the training and recruitment of OH nursing and occupational medicine specialists.

“We need to make sure all stakeholders are aware of the value of occupational health; its importance as a unique and complementary, multi-disciplinary profession working together. But, within this, the acute shortage of occupational physicians is an ongoing concern. This is a problem especially for complex cases, where a specialist opinion might be needed,” he points out.

“Integration” of OH services within the NHS need not necessarily mean “delivered by” the NHS, he argues; it could be something much more fluid and malleable.

“It could be, for example, that people were seen by private providers through the existing NHS referral system, just as in many other medical specialties. So it is not a political comment about ‘nationalisation’ or ‘privatisation’. It is very much a personal view about the relationship between health and work, and the ways in which occupational physicians are used,” he outlines.

Others, however, remain sceptical. In a swift response within the BMJ, Dr Paul Nicholson, a former president of the Society of Occupational Medicine and chairman of the British Medical Association’s (BMA) occupational medicine committee until his retirement last year, called the editorial “wrong on so many levels”.

In Europe, very few OH services (OHS) were provided through state health systems; “what makes a difference is explicit legislation to mandate that employers provide workers access to OHS”, he pointed out. “The NHS isn’t an amoeba but a complex organism comprised of individual trusts.

“It is naive to expect uniform delivery of OHS through the NHS against long-standing criticisms of postcode delivery of healthcare and, most recently, neonatal death rates, which vary by trust,” he added.

Training and recruitment shortages were, he agreed, “shameful”, but what was needed was a proper debate on “a sustainable, effective solution” rather than to “rush in to make OHS part of the NHS”.

At its annual representative meeting in June, the BMA also questioned the ability of NHS OH services to cope with the current demands of looking after the health and wellbeing of NHS staff, let alone anything wider. It warned of “stress, fatigue, burnout, substance abuse and low morale” among doctors, and called for “a fully functional and resourced occupational health service for all NHS staff”.

“Yes, we need more occupational physicians and, yes, we need more training posts within the NHS,” agrees Dr Lucy Wright, chief medical officer at OH Assist. “And it would be nice, of course, for the NHS to be able to run occupational health clinics. But it is hard to see how that might work in practice when those running the clinics would not know any specifics about the workplace the patient was working within.

“What might be better is if we were to argue for the NHS to fund OH practitioners based within workplaces rather than within hospitals. But do we really think this is likely to be something the Government is going to be happy to cover now, given the existing pressures?

“Perhaps, also, we need to turn the argument around and say what we need to be doing is making the specialty a more interesting, attractive, option for young doctors to go into? We should perhaps too be looking at ways to make it easier to get trained,” Dr Wright adds.

Highlighting the profession’s workforce/recruitment crisis is valuable. But it is a considerable leap from there to make the case that the answer is therefore to offer OH through the NHS, contends Charlotte Cross, director of the Better Health at Work Alliance.

“The suggestion of mainstreaming OH provision through integration into the NHS, trying to create an OH ‘mega service’ or NHS ‘mega player’ and continuing to push OH [or more realistically occupational medicine] as the main player in this regard would be short-sighted,” she argues, especially given the variety of disciplines that now feed into health at work.

“It may be plausible to look at a project that targets and benefits self-employed or ‘gig-economy’ workers specifically. But, beyond that, any large-scale, NHS-delivered OH offering would be too universal to offer proper benefit to most employers – it would also not suit organisations with in-house provision, would be dismissed by larger commercial OH providers, and would not appeal to much of the existing professional workforce in our sector, many of whom are self-employed and micro-businesses themselves,” Cross adds.

Nevertheless, there are elements of this idea that could be positive, not least in terms of training, highlights Diane Romano-Woodward, president of the Association of Occupational Health Nurse Practitioners.

“There are certain aspects of the specialty being within the NHS that are attractive, from the viewpoint of training new nurse practitioners,” she says. “If we look at the training of our heath visitor colleagues who are also SCPHN, there is a more structured approach to practice teaching and supervision integral to the working day.

“At present, there is a shortage of practice teachers in OH and this is because most undertake training and supervise students in their own time. The NHS is a big employer and the range of experience makes it a place for a good grounding in theory and practice, particularly where the service has external contracts.

“However, the hierarchical structure of the NHS does not reflect the structure of OH services in industry, and is not conducive to independent practice,” she also cautions.

Overall, the Torrance/Heron model is unlikely to gain much in the way of traction within the OH nurse community, argues Christina Butterworth, chairman of the Faculty of Occupational Health Nursing’s development group.

“If the major concern is about the sustainability of OH through workforce planning and funding for education, that needs to be made clearer – and it is something I would urge the Government to address, although I do not think being part of the NHS is the answer.

“The article does not give credence to the broad scope of occupational health and focuses on a reactive medical needs assessment model,” she argues.

“The health of the UK population is, indeed, a growing concern, and return to work needs to be considered more as a health outcome in its own right.

“Forging stronger links between the NHS and occupational health would also, clearly, be good for individuals and the wider economy. So, yes, occupational health needs to be more within mainstream healthcare. But locking it into the NHS is not the answer,” she adds.

2 Responses to Occupational health future workforce crisis: is the NHS the solution?