By Sarah Silcox on 22 Nov 2014 in Research, Occupational Health 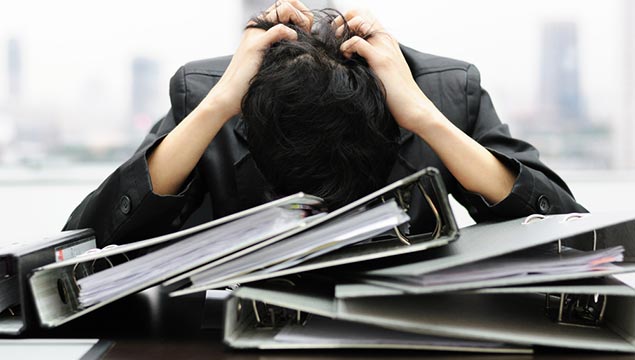 This month’s look at recent occupational health research papers covers: stress; “sharps” injuries; the risks of working with asbestos; and educating employers about how to help staff with diabetes.

Stress at work is the leading health challenge facing employers globally, followed by physical activity/exercise and nutrition/healthy eating, according to the latest annual survey of workplace wellness and productivity from Buck Consultants. However, in developing countries, including Asia, Latin America and Africa, workplace safety remains the biggest challenge. The survey, which covers more than 1,000 employers in 37 countries, also finds that while  multinational companies are increasingly developing global strategies on workplace health, often with flexibility for local managers to adapt these to take account of local factors, only half of employers worldwide measure the effectiveness of their wellbeing programmes.

Majority of “sharps” still not safe

Only just over a quarter (28%) of needles and syringes purchased by the NHS in 2014 were safety devices, slightly up on the 24% figure for the previous year, according to information obtained by Unison under a freedom of information request. Purchasing practice varies enormously between NHS organisations; some community trusts report that more than 80% of devices are safe, while in others the figure is as low as 16%. Current regulations require employers to substitute unprotected sharps with ones incorporating safety mechanisms when it is reasonably practical to do so. The Health and Safety Executive (HSE) estimates that there are around 100,000 sharps injuries each year.

Individual construction workers, carpenters and painters and decorators are likely to come into contact with asbestos more than 100 times a year, on average, according to a survey commissioned by the HSE. The research also reveals some common myths among those at risk: 14% of workers in these trades believe that drinking a glass of water will help protect them from asbestos dust; and 27% think that opening a window will keep them safe. Only one-third of the 500 people questioned were able to identify all the correct measures for safe working with asbestos, and 57% made at least one potentially lethal mistake when trying to identify how to stay safe.

Doctors face real challenges in accessing healthcare and, as a result, frequently suffer career-limiting
illnesses and revert to self-diagnosis and treatment, according to this survey of physicians in primary care. Just over half of those responding reported difficulties accessing healthcare and 83% said they knew of colleagues who had developed a career-limiting illness. More than 40% had experienced concern about a colleague’s ability to practise safely.

Just over 10% of employees with type 2 diabetes have experienced stigma as a result of their condition, according to this study of outpatients in a Singapore clinic. Those reporting stigma were also more likely to have relatively high numbers of hospitalisations for their condition and poor diabetes control. The authors recommend that employers need educating to improve their understanding of diabetes and its work implications.

Stress is the number one concern in UK workplaces, according to the latest TUC biennial survey of union health and safety representatives. Representatives in the public sector reported that stress is a particular issue; with 87% and 84% of union people in central government and education respectively stating that it was their biggest problem.