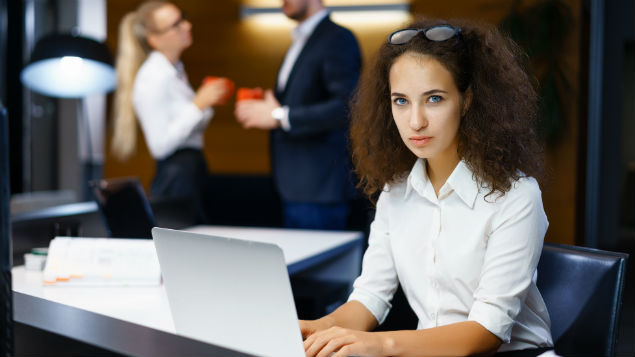 Support of a supervisor is associated with fewer sickness absence spells in younger workers, especially non-manual employees, a study shows

This month’s round up of occupational health research studies includes research on good line management and sickness absence among younger workers, and discrimination against mentally disabled workers during vocational rehabilitation.

The support of a supervisor is associated with fewer sickness absence spells in younger workers, especially non-manual employees, according to this analysis of 5,175 French workers. The study addresses the relationship between job characteristics and sickness absence, and the mediating role of employee age and occupational group (principally, blue collar workers and clerks). It looks at the interaction between five key job characteristics – job demands, autonomy, skill variety, supervisor and colleague support) – concluding that each of these is a predicting factor for sickness absence.

Workers with mental and cognitive disabilities continue to experience “profound disadvantage and discrimination” in employment and rehabilitation compared with colleagues with sensory or physical disabilities, according to a special section of the Journal of Occupational Rehabilitation published recently. The articles in the section all identify basic discrimination against disabled people in terms of employment and occupational rehabilitation programmes, and an editorial concludes that “occupational rehabilitation and medical professionals are uniquely situated to spur the reframing of these artificially created ‘hierarchies of impairment’”.

The role that work plays in shaping an individual’s mental health over the life course is strongly tethered to traditional gender roles, according to this study of people between their late 20s and mid-50s. It suggests that, despite the important role of employment in determining mental health, little is known about how the mental health benefits of having work change as people age through their prime employment and child-rearing years. It finds that, for women, young children diminish the protective effect of work on mental health, but that the “salubrious” effects of paid work rise as children get older. For men, it is their own ageing rather than that of their children that alters the protective effect of work.

Employees who perceive their managers to be ineffective are at greater risk of presenteeism, according to this study of 847 workers in the food manufacturing industry. The majority of office workers of both genders reported better perceived leadership than factory workers and perceived poor leadership was associated with a higher likelihood of presenteeism (a rate ratio of 1.64). Male factory workers were two times more likely to report presenteeism than female office workers, the study suggests, prompting the authors to conclude: “Organisations should focus on motivating leadership practices to reduce the risk of presenteeism, especially among men.”

The emergency and acute medical departments of hospitals are not asking patients about their work when the latter present with asthma symptoms, this study of working-age patients in the West Midlands finds. The researchers searched the hospital admission documents of 200 patients, but found that employment status was only recorded in around 20-31% of cases. No patients were asked about the effect of their work on current symptoms. The use of a pro-forma, including a prompt to record occupation, increased documentation to 63%, up from 10%-14% in cases where an enhanced pro-forma was not used. The authors propose that medical education includes an examination of high-risk occupational exposures, and the use of more pro-forma with prompts for occupational exposures.

Professionals employed on fixed-term contracts are more likely to achieve good physical and mental health if the work they perform produces a sense of psychological contract fulfilment. This is one of the findings of research involving several hundred contract workers, which also concludes that good health is more likely if individuals report low levels of psychological contract breach.

“Associations between fixed-term employment and health and behaviors: what are the mechanisms?” D Zolnierczyk-Zreda and S Bedynska, Journal of Occupational and Environmental Medicine, published online 13 November 2017.

Employers need to include metrics on their workplace health and wellbeing activities in corporate reporting, this research recommends. It argues that metrics covering the governance, management and success of health and wellbeing at work programmes should be incorporated into existing standards for corporate reporting, having “the potential to yield significant value for business and society alike”.

A rise in alcohol intake is associated with an increase in short- and long-term sickness absence from work, this survey of Finnish publish sector employees concludes. Men and employees in low socioeconomic groups are particularly at risk it suggests. Periods of heavy drinking (weekly intake of more than 12 and 23 units for women and men respectively) were associated with an increased likelihood of short-term (one to three days) absence. Conversely, a lower risk of absence was observed after a decrease in drinking.

Around 12% of London bus drivers have been spat at while working in the past year and 86% have been subjected to a verbal assault, according to a survey of 6,000 drivers by the union, Unite. In half of cases, the incidents were not reported to the employer out of a fear of being blamed or disciplined as a result, or because the victim had no faith that any action would be taken against the perpetrator, the union finds.