By Sarah Silcox on 31 Aug 2016 in Research, Occupational Health 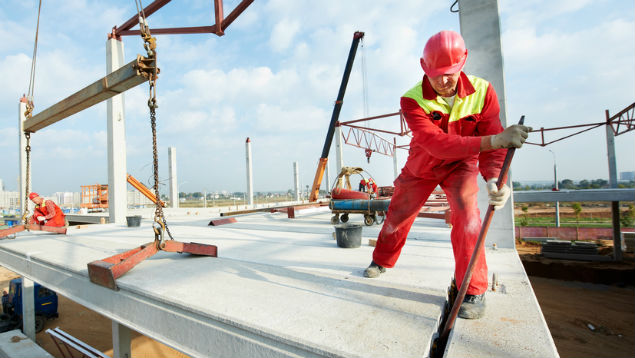 Significant sectoral differences persist in the rates of workplace deaths, with construction among the highest.

This month’s round-up of occupational health research includes summaries of findings on falling workplace fatalities and the stressful and costly impact of revalidation for physicians in occupational medicine. Sarah Silcox reports.

Fall in work fatalities levels off

Recent annual falls in the rate of fatal injury at work show signs of levelling off after 20 years of downward trend, according to the latest provisional figures from the HSE for 2015-16. A total of 144 workers were fatally injured in the period under review, which corresponds to a fatal injury rate of 0.46 deaths per 100,000 workers. Significant sectoral differences persist in the rates of workplace deaths, with agriculture, mining, construction and waste and recycling among the highest. There were 27 fatal injuries to workers in manufacturing, 23% higher than the 22 annual average in the past five years. The rate of fatal injury in waste and recycling increased in 2015-16 to 5.71 per 100,000 workers, compared with a five-year average of 5.59, although it is subject to considerable yearly fluctuations.

HSE (2016). “Statistics on fatal injuries in the workplace in Great Britain”.

Structured annual appraisals are a regulatory requirement for all occupa­tional physicians (OPs) as part of the revalidation process, yet some find them “costly and stressful”, according to this survey of 163 members of the Society of Occupational Medicine. The average time OPs spent completing an appraisal was 31 hours, with some spending 200 hours. Fewer than half of the respondents said they had a clear understanding of the appraisal process and 92% encountered difficulties with the appraisal software or other aspects of the process. Although most supported the concept of appraisals, only 22% felt the time taken was proportionate to the value gained. The authors conclude their findings “suggest that the time requirements and process of appraisals for occupational physicians could be improved, and comprehensive, clearer and more accessible guidance should be developed.”

The number of people dying from mesothelioma in 2014 stood at 2,515, a similar number to the 2,556 deaths recorded in 2013 and the 2,549 in 2012, suggesting that a peak may have been reached. Annual deaths increased steeply over the past 50 years, primarily as a result of occupational asbestos exposures that occurred between the 1950s to 1980s. Men who worked in the building industry when asbestos was used extensively are among those most at risk of mesothelioma, and the continuing increase in annual deaths in recent years from the disease has been driven mainly by deaths among those aged 75 and over.

A one-item, self-rated health (SRH) instrument is the most significant tool in predicting return to work after sickness absence, according to this study of 305 job centre customers with at least eight weeks’ continuous sickness absence. Two other tools, the Symptom Check List (SCL) of somatic distress and the Bodily Distress Syndrome Questionnaire (BDSQ), also predicted return to work, but only the SRH remained a significant predictor after adjusting for other factors. The study’s authors conclude that “the SRH provides an efficient alternative to more time-consuming instruments such as SCL or BDSQ for estimating the chances of return to work among sickness absentees”.

Mortality from cardiovascular diseases was 16% lower – and from suicide, 26% lower – among the self-employed/sole proprietors than among paid employees, after adjusting for socioeconomic, confounding factors, this Swedish study found. However, sectoral differences in mortality by employment pattern complicate the picture. For example, mortality was between 11% and 20% higher among the self-employed working in trade, transport and communication than those working in the care sector. The authors conclude that mortality differences between self-employed and paid employees vary by the type of self-employment, sector and gender, and are underlined by other differences – for example, in working environment and gender segregation in those respective industries.

Minority in work two to five years after stroke

Only a minority of workers employed at the time of a stroke are in work two to five years afterwards, according to this study of 46 patients with a mean age of 47.7 years. A shorter duration of initial hospitalisation after a stroke was associated with a favourable work outcome further down the recovery journey, the authors find. Other factors associated with a greater likelihood of a return to work include a low depression score, low levels of avoidance behaviour, and better physical functioning/quality of life.

An activity-based work (ABW) office environment is designed to improve employees’ levels of physical activity, reducing sedentary behaviour and musculoskeletal discomfort. This study of 88 office workers, who trialled an ABW approach for four weeks, suggests it works, in that self-reported sitting time was 14% lower at the end of the intervention, with standing time and walking 11% and 3% higher respectively. Lower back pain was also reduced.

This study examines whether a shift from being bullied to not being bullied in the workplace, and vice versa, is associated with changes in self-reported personality characteristics. It finds that a shift from non-bullied to frequently bullied status is associated with increased neuroticism, even after excluding those reporting symptoms of depression.