By Nic Paton on 31 Aug 2016 in Return to work and rehabilitation, Occupational Health 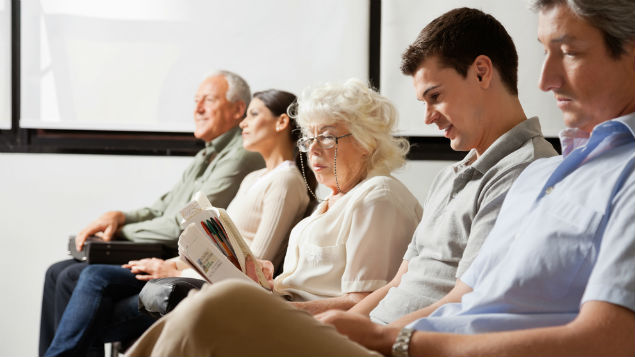 Almost half (46%) of the British public is worried about NHS waiting times in England, citing this as their biggest healthcare concern, according to research for healthcare provider BMI Healthcare.

More than two-thirds (68%) of the 1,191 people polled said they would consider paying for private healthcare treatments in the future to avoid long waiting times, it said.

Nearly two-thirds (64%) of res­pondents had undergone a procedure on the NHS. Of these, 20% had waited between six months and two years, and 5% had waited more than two years.

David Houlihan-Burne, consultant orthopaedic surgeon at BMI Bishops Wood Hospital, said: “Pati­ents are keen to return to work and get back to exercise and sport, free from restrictions or agony.

“Paying for your own treatment means you could get back on your feet more quickly, or access services that the NHS is currently not providing.”

The survey also revealed a disconnect between how long the public believed they would wait on the NHS for treatments, versus how long they would like to wait.

Respondents believed the average waiting time for a simple medical procedure on the NHS – any treatment that does not involve an overnight stay – was 4.4 months. In fact, the NHS has a target to treat 92% of patients within just 18 weeks.

However, the survey’s respondents felt it was acceptable to only wait a maximum of 12 weeks for a simple medical procedure.

Furthermore, separate research has argued that lengthy waiting times discourage 42% of patients from seeing a GP and to just “put up” with poor health.

The study, by health consultancy Plextek, concluded that more than one-third (36%) of patients were being forced to wait a week for a doctor’s appointment, and a further 29% were being asked to wait two weeks to see a GP.