By Nic Paton on 19 May 2014 in Clinical governance, Occupational Health 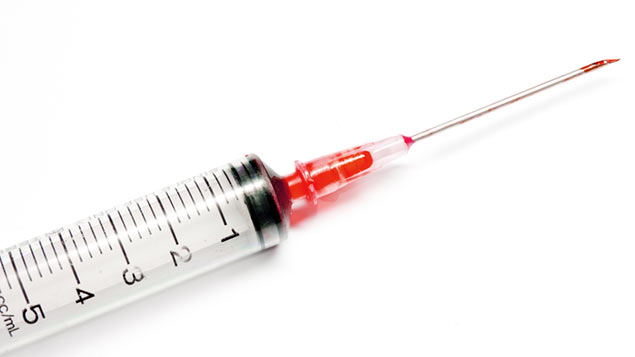 More than 600 students at the University of Derby were contacted in April to be called back for blood tests after serious failings were identified in the testing procedures carried out by a healthcare worker contracted by the university’s occupational health department.

The 606 students were contacted over fears they could have been put at risk of HIV or hepatitis after it emerged that syringe barrels to which the needles attached were being reused in the administration of vaccinations and blood taking.

The university has said it has been working with NHS England and Public Health England to carry out an investigation into the vaccination and blood-testing procedures of the worker, who had been contracted to provide services for and within the OH service.

The students, who received blood tests and vaccinations from September 2005 to October 2013, were contacted by letter inviting them to attend a hospital or their GP for a blood test. NHS England said the healthworker had been suspended pending the investigation.

Dr Doug Black, medical director for NHS England Derbyshire and Nottinghamshire, said: “This investigation has taken place as it is understood that, while syringe needles were always changed between patients, the syringe barrels to which the needles attach were being reused in the administration of vaccinations.

“This also occurred during blood taking, where a single-use holder for a blood collection tube was reused but needles changed. Therefore there is an extremely low possibility these errors may have put people at risk of infection from hepatitis B, hepatitis C or HIV.”

University vice-chancellor Professor John Coyne described the incident as “deeply regrettable”. He said: “It does mean that we need to contact a significant number of our current and former students to ensure they get the information and guidance they need. I apologise for the potential distress this may cause to the people involved.”

The university also set up an advice line, with clinical support from Public Health England.