One in four serious injuries occur at work

By Ashleigh Webber on 19 Jun 2020 in Musculoskeletal disorders, Health and safety, Occupational Health

More than a quarter of adults who have suffered a serious injury have done so in the workplace, according to research.

A survey of 1,000 adults by law firm Fletchers Serious Injury found that 27.6% people who suffered a spinal injury, burn or sustained damage from slips, trips and falls within the past five years received their injury while at work.

Men were more at risk of being injured at work than women: 33.1% of men said they had suffered a serious work-related injury compared with 18% of women. One in six men under 35 had experienced a serious injury at work.

“And as they focus on each small step along the long road to recovery, it can be easy for the person to put their legal rights to one side. The very thought of bringing a legal claim can be daunting with many people not really knowing where they would start.”

One fifth (19.1%) were unwilling to pursue a claim for compensation from their employer, with 12% stating this was because they were worried about the effect it would have on their career, even though, Denson argued, this was a fear that was generally unfounded.

As he put it: “Even more concerning is the substantial number of people that may be suffering in silence out of fear that seeking the help they need will affect their career further down the line, as well as their employer’s bottom line. This is a false, and damaging misconception – particularly when a serious injury can lead to a person being unable to return to work for a long time and often, when they do return, can still limit their ability to carry out their work without pain or worry.” 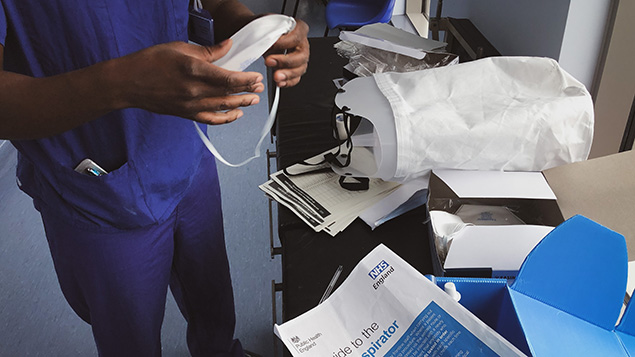 The NHS is “urgently” working to put in place extra occupational health provision for NHS workers during the coronavirus crisis,...