By Nic Paton on 1 Jul 2015 in Health surveillance, Wellbeing and health promotion 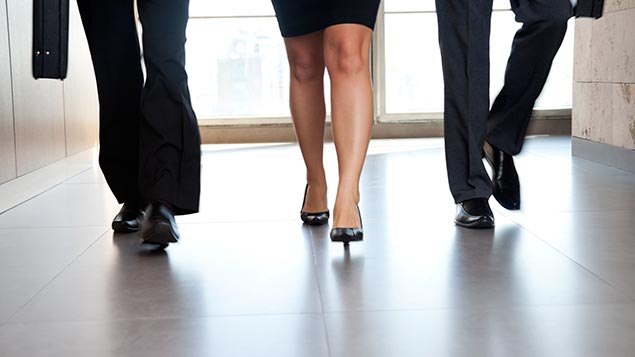 Sedentary workers should be encouraged to spend a minimum of two (but ideally four) hours on their feet every day, Public Health England (PHE) has recommended.

PHE-commissioned research published in the British Journal of Sports Medicine concluded that office workers spent between 65% and 75% of their working hours sitting down, with half sedentary forprolonged periods. As a result, it has recommended that:

The study also recommended that further research should be carried out into whether or not facilities such as toilets could be moved further away from staff; if some emails could be replaced by hand-delivered messages; and whether or not it would be valuable for employees to have alarms on computers prompting them to get up and move around.

Professor Maureen Baker, chair of the Royal College of General Practitioners, said: “In many professions these days, workers spend an awfully long time sitting down, yet the evidence that has formed these guidelines shows the clear health benefits associated with standing for a couple of hours a day during working hours.”

She added: “The recommendations made in the study are admirable and it is sensible advice for companies to do what they can to keep their workers as active as possible. But in many cases, particularly for smaller organisations, the adjustments necessary to allow employees to stand for a significant proportion of the day might be unrealistic.”

Colin Stuart, founder of workplace consultancy Baker Stuart, also pointed out that the situation might be more complex than first thought.

“While the sedentary epidemic in the modern workplace is an issue that needs to be addressed immediately, solving the problem requires more than simply telling staff to stand more and move about. Not only would such enforcement be considered draconian, it will also make preventing inactivity a chore to sustain, and would therefore be a short-lived and swiftly condemned attempt,” he said.

“The key to addressing this issue is to reassess how ‘work’ is perceived and rethink the methods in which we achieve it. This needs to begin by breaking the cycle of thinking ‘I’m working, therefore I need to be sat at a desk’,” he added.