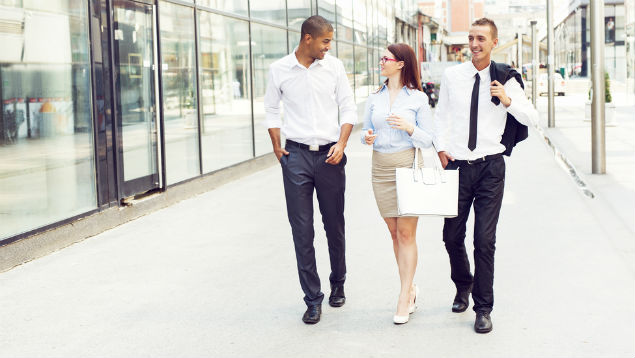 Turning one meeting a week into a “walk-and-talk” could transform the health, wellbeing and productivity of staff, a US study has argued.

The research, from the Centers for Disease Control and Prevention, concluded that converting one traditional seated meeting into a walking discussion could mitigate the negative effects of sitting all day.

The study, conducted by the University of Miami Miller School of Medicine and published in the Preventing Chronic Disease journal, argued that taking part in just one walk-and-talk meeting a week increased the work-related physical activity levels of white-collar staff by 10 minutes.

“There are limited opportunities for physical activity at work. This walking-meeting pilot study provides some early evidence that white-collar workers find it feasible and acceptable to convert a traditional seated meeting into a walking meeting,” said Alberto J Caban-Martinez, the study’s principal investigator and assistant professor of public health sciences.

“Physical activity interventions, such as the walking-meeting protocol, that encourage walking and raise levels of physical activity in the workplace are needed to counter the negative health effects of sedentary behaviour,” he added.

Participants in the study, from the University of Miami, wore accelerometers to measure physical activity levels during the workday over a three-week period.

They also followed a “walking-meeting protocol” that included guidance for leading meetings and taking notes while walking.

Previous studies have proven that engaging in moderate exercise, which includes brisk walking, for as little as 15 minutes per day can add up to three years of life expectancy.