By Jo Faragher on 31 Aug 2016 in Maternity, Pregnancy and maternity discrimination, Maternity & paternity 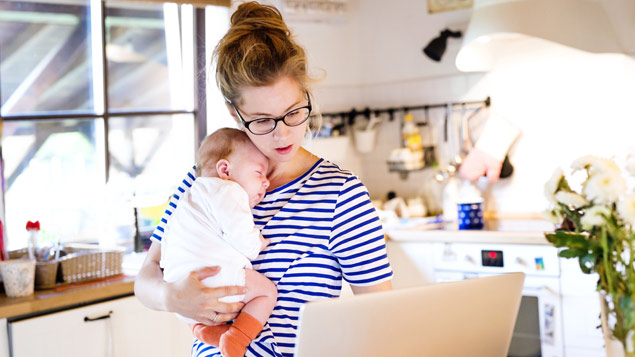 The Women and Equalities Committee has called for “urgent action” to stop discrimination against new and expectant mothers at work.

In a select committee report released today, it has recommended that UK women have similar protections to women in Germany after a “shocking” increase in workplace pregnancy discrimination in the last decade.

The Women and Equalities Committee has called for a system of protection for female employees similar to that in Germany, where employees must not be dismissed during pregnancy or within the first four months after giving birth, unless under rare circumstances.

It found that the number of expectant and new mothers forced to leave their jobs has almost doubled to 54,000 since 2005.

In Germany, employers can only dismiss a female worker for reasons relating to having a child in very rare cases, such as if a company goes bust, and require the Government’s approval to do so.

This is a tougher regime than in the UK, where a company can find reasons to make a woman redundant if they are not linked to her having a child.

Another key recommendation from the committee is to drastically reduce the £1,200 fee for taking an employer to tribunal if it is a pregnancy-related discrimination case. It also recommends the three-month limit on taking such cases to tribunal should be doubled to six months.

The report goes on to recommend more protection for women who are casual, agency and zero-hours workers; for example, by making it easier for them to attend antenatal appointments.

Committee Chair Maria Miller said: “The arrival of a new baby puts family finances under extreme pressure, yet, despite this, thousands of expectant and new mothers have no choice but to leave their work because of concerns about the safety of their child or pregnancy discrimination.

“There are now record numbers of women in work in the UK. The economy will suffer unless employers modernise their workplace practices to ensure effective support and protection for expectant and new mums.”

She added that so far, the Government’s approach “has lacked urgency and bite”, urging for there to be more concrete targets and protections to increase levels of compliance among employers.

The report said: “The Government’s approach to improving compliance with pregnancy and maternity discrimination law is disjointed and contradictory. It has stated that it is important to focus on enforcement and yet its main focus is on awareness-raising and persuasion.”

Professor Caroline Gatrell from Lancaster University Management School, and an expert on parental discrimination in the workplace, said the findings of the WEC report were “not a surprise”.

“The Women and Equalities Committee review is long overdue, as is government action to turn these ‘paper tiger’ maternity policies into legislation with bite,” she said.

“A chasm exists between anti-discrimination promises made within policy, and the everyday experiences of pregnant workers. Pregnancy discrimination is commonplace and it occurs regardless of occupational status.”

Last week, the Institute for Fiscal Studies reported that women returning to work after having a baby fall 33% behind men in terms of pay in the subsequent 12 years, missing out on opportunities for promotion.