By Ashleigh Webber on 30 May 2019 in Cancer, Research, Occupational Health, Night work 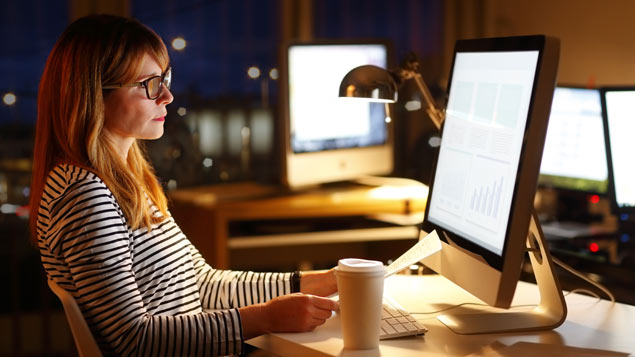 Researchers have debunked the idea that shift work increases the risk of developing breast cancer, finding there was little or no correlation between night work and cancer diagnosis.

The Institute of Cancer Research (ICR) study sought to test the suggestion that exposure to light at night disrupts circadian rhythms, which suppress the sleep hormone melatonin and raise oestrogen levels.This hypothesis was first made in the 1970s and in 2007 the International Agency for Research on Cancer concluded that disrupting the body’s sleep cycle was “probably carcinogenic”.

However, this latest study was unable to identify a link between working at night and cancer diagnosis. Only 2,059 (2%) of the 102,869 women that took part in the ICR study went on to develop invasive breast cancer.

Researchers looked at variables including job type, the age at which a women started and ended shift work, the number of nights worked per week, average hours worked per night and whether shift work was started before their first pregnancy.

Data around known breast cancer risk factors were also collected, such as body mass index, levels of physical activity, alcohol consumption, family history, age at first period and menopause, HRT use, number of children and age at their births, and duration of breastfeeding.

Dr Micheal Jones, a scientist in genetics and epidemiology at the Institute of Cancer Research, said: “Although night shifts may have other effects on people’s health, and we still don’t know the effect of a person’s body clock being disturbed for very long periods of time, it is reassuring to see more evidence suggesting that night shifts are not linked with a higher risk of breast cancer.”

Baroness Delyth Morgan, chief executive at Breast Cancer Care and Breast Cancer Now, which funded the study, said: “This question has been widely debated in recent decades and has understandably caused concern, and it’s encouraging that the evidence now suggests night shift work has no impact on breast cancer risk. We now await the International Agency for Research on Cancer’s review of the global evidence to gain even more clarity on this issue.

“We know that breast cancer risk is affected by a combination of our genes, lifestyle choices and events throughout life, and there is never one single cause of the disease. But, with many contributing factors, it’s vital we support more women to do what they can to help shift the odds in their favour.”