Survival of the fittest: the NHS Health at Work Network 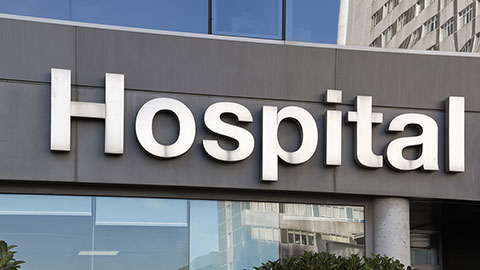 The new head of the NHS Health at Work Network faces many challenges amid a huge service shake-up.

The NHS, we all know, has been undergoing profound change this year. Despite the Government’s assertions to have “ring- fenced” health spending, there are ongoing financial pressures facing the whole service. Wide-ranging changes are being wrought through the development of clinical commissioning groups. The NHS England Commissioning Board and Public Health England are being established, with the “lead” for public health being passed on to local authorities.

The NHS is also having to grapple with the fall-out from the Mid Staffordshire NHS Foundation Trust scandal and the subsequent Francis report.

NHS OH has been in flux. In March 2013, NHS Plus was replaced by a new NHS Health at Work Network and a social enterprise, Syngentis (see box 1). In April, the network appointed Dr Anne de Bono, OH consultant and head of the OH service at University Hospitals of Leicester NHS Trust, as its chair.

More specifically for OH, a further challenge is likely to be the 2014 launch of the Government’s independent health and work assessment and advisory service (HWAAS) to help people with long-term sickness absence back into work, as unveiled in January 2013.

To that end, one of the first acts of the new network has been to carry out a review and consultation of its membership on what its priorities should be for the next two years. This work was completed at the end of May and, in an exclusive interview with Occupational Health, while de Bono is keen not to pre-judge its conclusions, she agrees that there are both significant challenges and opportunities facing NHS OH services.

When it comes to financial pressures, for example, well-known network members are being asked to identify year-on-year savings, meaning that making the business case for investment in OH and showing evidence of its benefit will become increasingly important.

“The network is about bringing together clinicians and managers to deliver OH services, as well as to promote the NHS brand and to represent NHS OH at the highest level,” de Bono says.

“One of the many headaches facing NHS OH practitioners at the moment is standing up for NHS occupational health services and, simply, making the case for investment in this area. The Boorman report made the case very convincingly for this, but it is important that it is sustained as a message.

“We need, therefore, to be looking at best ways of practising, which may mean saving money, as well as using an economy of effort and sharing resources, so not just working better but working smarter too. We shouldn’t be reinventing the wheel.”

Embedding and continuing to promote the quality and audit agenda within OH is likely to be a key part of this, de Bono says, with initiatives such as the SEQOHS OH accreditation programme, the MoHaWK (Management of Health at Work Knowledge) web-based clinical governance and benchmarking tool and national audits run by the Royal College of Physicians’ Health and Work Development Unit, all continuing to be important.

In fact, the network has set a goal of encouraging all members to secure full SEQOHS accreditation over the next two years. Alongside this, and in partnership with Syngentis, the network offers practitioners access to the MoHaWK tool as well as to STEM, a business-benchmarking tool. At a more practical level, the network is likely to have a role in bringing together members to bid for and deliver national contracts.

OH, too, will have a pivotal support role to play in helping the NHS reform in thewake of the Mid Staffordshire scandal, de Bono says.

“OH is in a unique position to pick up on the warning signs and identify any trouble spots. The cultural problems identified in the Francis report are exactly the sort of issues that people can, or should, be able to bring to OH,” she adds.

“OH can play such an important role in engaging staff and keeping staff at work, and making them feel valued. Engagement and feeling valued are both things, of course, the Francis report identified as being of profound benefit for patient care.”

In April, the network and Syngentis submitted a combined response to the NHS Confederation’s consultation exercise on the Francis report, saying OH can act as an “early warning system” to alert managers when staff are experiencing problems or when a bullying culture is becoming pervasive.

The ultimate goal is to “mainstream” NHS OH within the fabric of NHS clinical services, influence the culture of the NHS and reinforce and promote the relationship between health and work, she says. This is something de Bono has been pioneering at Leicester, where OH practitioners are working with cardiology teams to assess return-to-work outcomes for patients following rapid-access coronary artery interventions and collaborating with orthopaedic surgeons on whether, or how, work is taken into account when patients are referred for knee replacement or disc surgery.

The network is likely to have an important lobbying role in terms of influencing the Government and working with organisations such as the Council for Health and Work, the NHS Confederation, NHS Employers, Public Health England and the NHS Commissioning Board, de Bono says.

Networking and knowledge sharing are set to be high-profile parts of the network’s activity, with the network due to hold an annual conference on 12 and 13 September 2013 at the East Midlands Conference Centre near Nottingham. A particular theme of the conference will be the issue of improving patient safety in the wake of the Francis report.

The network intends to continue to develop and disseminate evidence-based guidelines to add to those created by NHS Plus, although this will inevitably be dependent on obtaining funding. The existing guidelines cover chronic fatigue syndrome, latex allergy, infected food handlers, physical and shift work in pregnancy, dermatitis and upper-limb disorders.

Looking forward, the creation of the HWAAS next year could pose significant challenges for NHS OH services. There have already been questions raised by practitioners about how the new service is going to be staffed and what knock-on effect it might have on employer-provided OH services.

While the delivery of OH services to NHS staff is unlikely to be overly affected, the HWAAS could change the landscape in terms of access to specialist OH advice – how, and by whom, it is delivered – as well as attitudes to absence and workplace health. There are also as yet unresolved questions around how the new service will relate and link to the NHS, both at primary and secondary care level, as well as to existing employer-based provision.

For de Bono, the development of the HWAAS will clearly be something she and her colleagues in the network will be watching very closely. For now, however, it is too early to say exactly how it will change either the NHS or NHS OH.

“We, of course, do not yet know how this is going to work. But it could potentially be a great opportunity for NHS OH,” she says.

“Generally, I believe NHS OH can collaborate to drive up standards of good practice and bring the health and work equation to the forefront of clinical practice,” she adds.