Will Brexit be good or bad for UK occupational health and safety? 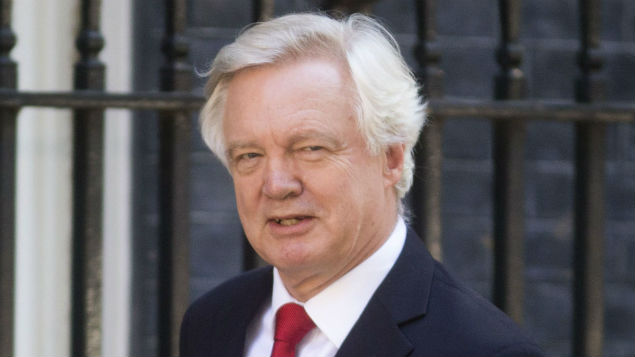 David Davies, secretary of state for exiting the EU, has promised no repeal of existing employment law. REX/Shutterstock

The EU referendum vote has led to financial, economic and political turmoil. But how will Brexit affect UK occupational health and safety? Nic Paton asks practitioners for their views.

Naturally, what with every­thing else going on politically and economically since the vote, this is not something that has been raised in the mainstream media especially, but it is an important question nevertheless. Given that Brexit is set to be a long, drawn-out process – two years at the minimum – it is difficult to make any hard-and-fast predictions at this early stage.

However, the consensus among experts contacted by Occupational Health & Wellbeing in the wake of the June vote is that the conse­quences of Brexit could be felt most keenly in two areas. There is the potential knock-on effect for health and wellbeing spending if we see a downturn in the economy, as well as the possibility of health and safety legislation being amended or watered down, either retrospectively or (more likely) in the future.

BOHS, the Chartered Society for Worker Health Protection, warned against any slackening of pace in efforts to reduce work-related ill health in the UK and internationally.

President Tracey Boyle said: “The Health and Safety at Work etc Act 1974 is a robust piece of legislation that has stood the test of time, and has been emulated around the world. Originating within Britain, but enhanced as it subsequently has been by EU-based legislation, it continues to be the most frequently cited law in cases pertaining to occupational health and safety in the UK. Employers and workers should be aware that the duty of every employer to reduce, so far as reasonably practicable, the risks to which employees and others are exposed, remains and will not change.”

Opportunities for disabled people in the workplace are likely to come under threat unless the Government prioritises the recreation of EU safeguards into British statute, diversity consultancy The Clear Company has said.

Employers should sit down and review their benefits provision in the wake of the vote, advised employee benefits consultancy Jelf International.

“The impact on pan-European benefits, including health and wellbeing, will become clearer in time, and, as always, our recommendation would be to seek professional advice,” argued Doug Rice, managing director of international services at Jelf International.

Healthcare costs for expatriate workers could increase as a result, warned consultancy Mercer.

Simon Griffiths, principal in Mercer’s healthcare business, said: “Companies should be considering the impact of an end to reciprocity on state healthcare costs for foreign nationals across member states. This could lead to a lack of state-accessible primary and secondary care for expats – a concern for mobility teams.

“We may also see an increase in bureaucracy for expat workers, including the compulsory company healthcare provision.”

Brexit could significantly change the health and safety regulatory landscape in the long term, according to law firm Pinsent Masons.

Speaking to healthandsafetyatwork.com, partner Kevin Bridges said: “In the short-term, it is unlikely that UK health and safety law would be subject to drastic change in the event that a decision is taken to part ways with the EU, especially if the country was to remain in the EFTA [European Free Trade Association] and the EEA [European Economic Area].

“However, in the longer term, disengagement from the EU could well involve a process of determining which primary and secondary health and safety legislation remains socially or economically useful to the UK, potentially leading to changes to some regulations, along with the stripping away of others.”

As Dr Paul Nicholson, chairman of the British Medical Association’s occupational medicine committee, explains: “The economic climate and how the markets are reacting, as we have seen, is very uncertain. When companies’ profits decline, one of the things they often look to cut is headcount, and health and wellbeing will often not be seen as a profit centre and therefore could be something that gets looked at.”

“I am sure our politicians will be focused on lots of other things initially, but I would not be surprised if there was, in the long term, some abandoning of red tape in the health and safety arena,” he adds.

Professor Diana Kloss, chairman of the Council for Work and Health, agrees this is a worry. “I am con­cerned that the UK’s health and safety and equality law may be watered down. Although the Health and Safety at Work Act was a home-grown product and we had some legislation in the field of discrimination before we joined the EU, most of the laws we have now stem from EU directives and decisions of the Luxembourg court,” she points out.

“For example, before the EU, employers had no obligation to undertake proactive health and safety risk assessments; organisations were free to discriminate against part-time workers, mainly women; there was no universal right to paid holidays; and we had no laws prohibiting discrimination on the grounds of sexual orientation.

“Of course, exiting the EU does not mean leaving the Council of Europe and we will still have to take into account decisions of the European Court of Human Rights, though UK legislation in the human rights field is also proposed,” she adds.

Curbing some of the excesses of EU health and safety bureaucracy may not, of course, be a bad thing. Nicholson, for one, highlights the EU-led Health and Safety (Display Screen Equipment) Regulations and the need for employers to fund eye tests and glasses for workers using display screen equipment.

“Arguably, why should an organi­sation pay for this when people are reading on computers just as much from home as they are at work? That is the sort of example where perhaps EU law has gone too far. The UK also has a very good track record of its own on health and safety,” he points out.

Similarly, the EEF’s chief medical adviser, Professor Sayeed Khan, highlights the EU’s “rubbish” Artificial Optical Radiation Directive and the potential benefit of being able to remove the need for health surveillance from the Electromagnetic Fields Directive. But he adds: “One bad thing is the potential loss of exchange of infor­mation between the inspectors at the HSE-equivalent [Health and Safety Executive] organisations across Europe.”

While it is perhaps unlikely that UK politicians will have the time or the appetite to laboriously unpick existing health and safety law, where we might see an effect in time will be within future law making and implementation, argues head of policy and public affairs at the Institution of Occupational Safety and Health, Richard Jones.

“Post-Brexit, the UK now has less influence over EU law. Now we’re exiting, it is vital the UK continues to apply our successful risk-based health and safety system, which includes laws from EU Directives, because it has been found to be fit for purpose by several independent reviews and is respected and imitated across the world,” he says.

“If we assume the HSE has adopted protocols for health and safety as a result of laws, regulations or guidance coming out of Europe, whether from industry bodies or from the European Commission, then I think it is very unlikely anyone in the HSE is going to say ‘we need to get rid of x or y’; that’s just not the prevalent view within the HSE, to turn around and repeal things. Though perhaps it might be different for future laws,” he adds.

But coming back to Nicholson’s point, where OH, wellbeing and health and safety practitioners may be more likely to feel the ripples from June’s referendum vote is in the context of employer confidence, and appetite, when it comes to spending on health and wellbeing-related benefits.

“If we go back to the challenging economic conditions of 2008-11, arguably the OH industry was less badly affected by the recession than many others. It still grew over the period and our business certainly showed a resilience to the prevailing market conditions.

“While some undoubtedly used some of our services less, there was still a healthy demand from new customers entering the marketplace to compensate. Furthermore, I would argue that there is a greater recognition today of the need for medicals and referrals to keep costs down, as well as the need to keep people safe,” says Goldsmith.

“What I think might come under more scrutiny is the ‘nice-to-have’ elements of occupational health, such as general wellbeing and health promotion services.

“Having said that, the smart view when in a recession is still to spend on occupational health and health and wellbeing. After all, the amount organisations spend here can potentially be dwarfed by what they could end up spending on sickness absence if they don’t continue to properly invest in this area,” he adds.

Lucy Kenyon, communications director for the Association of Occupational Health Nurse Practitioners and a specialist consultant in health and expatriate wellbeing services, agrees: “It is inevitable occupational health is the side of health and safety that takes a knock when there is a recession because safety is something that employers have to keep at the forefront of their minds at all times.”

She adds: “There is the potential that employers will be less proactive around occupational health if the economy turns down – there could be less wellbeing work, less fitness-for-work activity, and it will just be more about getting people back to work. Employers will be looking to minimise costs.

“Having said that, occupational health is now embedded enough so that many employers understand the benefit, both to themselves and employee, of offering access to it.

“And there is a counter-argument that, in a recession or downturn, you need your skilled, experienced employees to be at work and fit and healthy even more,” she adds.