Will widespread drug testing at work ever take off? 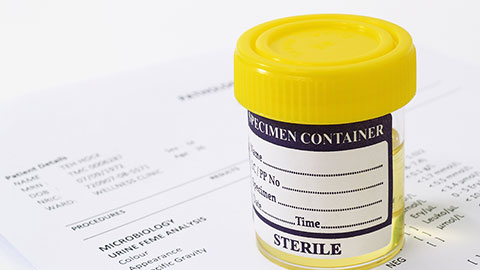 Drug testing in the workplace is an often contentious issue. Occupational Health magazine looks at some of the arguments for and against doing so.

Metropolitan Police Commissioner Bernard Hogan-Howe announced in January 2013 to an all-Parliamentary group on cannabis that mandatory drug testing should be introduced for millions of workers.

His rationale was that drug testing and the fear of losing their job would act as a deterrent to staff who used drugs. He said: “You can think of many occupations where, if you were working with a colleague, you would want to be sure that they were drug free.” Foremost among professions, he cited teachers, intensive-care nurses and transport staff as those who would benefit most from the requirement.

In a number of industries, such as rail and maritime, there are already mandatory drug testing regulations in place. Other sectors could argue that they have to test ­employees as part of their duty of care ­under the Health and Safety at Work Act, which includes ensuring they do not knowingly allow an employee to work when impaired by alcohol or after using illegal drugs. Were mandatory testing to be introduced more widely, however, it could raise a number of delicate issues for HR departments and line managers.

For example, employers would have to devise policies and decide what form the testing would take, discuss how to communicate the policy to staff and also consider the cost, both monetary and in terms of staff time, incurred by introducing workplace drug testing.

From a legal point of view, Philip Landau, a partner at Landau Zeffertt Weir Solicitors, says that introducing drug testing at work could even contravene the Human Rights Act: “For employees, there may be an argument that a requirement to submit to a drug test will interfere with their right to privacy under art.8 of the European Convention on Human Rights. Article 8 contains the right to respect for private and family life, home and correspondence.

“This ‘right to privacy’ is not absolute – although, to be justifiable, any interference must be lawful and proportionate.”

He adds that any disclosure of employees’ test results – especially discussing them with other colleagues – could put organisations in breach of the Data Protection Act, which is why staff must give explicit consent to the processing of any information.

It cannot be ignored, however, that drug use among UK workers is increasing. According to a report released last summer by drug testing company Concateno, drug use in the UK is among the highest in Europe, and at least one employee in 30 (3.23%) has drugs in their system at any point in time – equating to nearly one million people across the UK workforce. This is a 43% rise on figures from 2007, when 2.26% of samples tested by Concateno were positive.

Dr Claire George, laboratory director at Concateno, says a broader spectrum of companies are now looking at drug testing – and not just in those occupations where drug or alcohol misuse would have an ­immediate or visible impact.

The threat of disciplinary action could deter employees from drug use.”

“The rationale is they want to ensure there is a safe working environment for colleagues and that they’re not a risk to other individuals,” she says. “It’s not just those with a direct contact with the public either, it’s the people who are making decisions that may be safety critical. So someone may be making a decision as to whether another staff member can work on a site, for example.

“Companies test for different reasons. It may be a pre-employment test to see if there are any issues they need to be aware of or pre-access to a site where there is a particular requirement. Perhaps there has been an accident or incident where it’s suspected that alcohol or drugs may have been involved, so they test to rule them out. It is also possible that companies with US headquarters, where drug testing is more prevalent, have introduced testing as part of a consistent, company-wide policy.”

Drug tests can take a number of forms but usually involve urine testing, which shows that an employee has most likely consumed a drug in recent days. Hair tests can be carried out if an employer wants to see if there is evidence of more long-term use.

At the time of the sample collection, donors are asked to provide any information relating to their use of prescribed or over-the-counter medicines during the past month, as these can influence positive ­results in the testing.

Employers also have the option of running random, unannounced tests so they can monitor any drug or alcohol issues within the workforce.

This would seem to fit with Hogan-Howe’s recommendations that “anyone caught with drugs in their system should be offered help to stop, but anyone who refused that help should suffer ‘consequences’, which would probably be about their employment”.

It is this fear of career consequences that Hogan-Howe hopes will be a deterrent.

Landau says: “The threat of disciplinary action, or even dismissal for having a positive drug test or for refusing a test, could deter employees from drug use. A dismissal on this basis could damage future job prospects as many employers would feel obliged to record this in any job reference. And even if they don’t, how does the departing employee explain why he is looking for a new job to his new employers?”

But this is where unions and civil liberties campaigners find the proposals a little too draconian – after all, if someone is caught with cannabis or cocaine in their system, whether it has affected their work or not, it could ruin their career.

George advocates that employers draw up a drug and alcohol testing policy in consultation with staff and ensure that it is transparent and fair at all times. So if random testing is going to take place staff know that this is part of a wider policy, rather than springing it on them out of the blue.

She says: “It’s important that it is not just testing you look at, but that it is proportionate to what you’re trying to achieve and that there’s education around it. The testing itself is not the sole purpose of a drug or alcohol policy – it’s how you deal with it.”

George advises that when drawing up policies on drug and alcohol misuse, ­organisations complement them with ­access to treatment, if appropriate, as well as links to an employee assistance programme or counselling.

But what about the cost of the tests? George says that when put into context, the financial investment involved in setting up the tests becomes less of an issue: “We ask companies whether or not they understand the potential risk to their business if people take drugs.

“If you look at it this way, the cost becomes a minimal issue because you have increased productivity and less risk.”

Put like this, drug testing has the potential to have a positive impact on how people work. However, organisations must do it for the right reasons, educate staff around the risks and consequences of a positive test, and provide support to those who need it.

Drug testing by US employers

The use of pre-employment drug testing to screen applicants who may have substance abuse problems continues to be a popular tactic for many US employers, as tests may be given before a job offer is extended. This is especially true with large organisations.

A 2011 Society for Human Resources Management survey showed that 57% of participants require all job candidates to submit to a pre-employment drug test as a condition of employment. The figure stands at more than two-thirds for employers with 2,500 or more employees. In addition, the recent spate of state medical marijuana laws in the US places no limitations on employer drug testing programmes.

Nonetheless, employers that opt to drug test applicants still run a number of risks. All programmes must be administered in a non-discriminatory manner and employers must comply with any applicable state laws. In addition, they must be able to confirm the accuracy of chain-of-custody procedures and tampering safeguards.

Employers in the US generally have greater liberty to test applicants than current employees, as incumbent employees may have heightened privacy expectations in certain states.