Changes to the law on third-party harassment 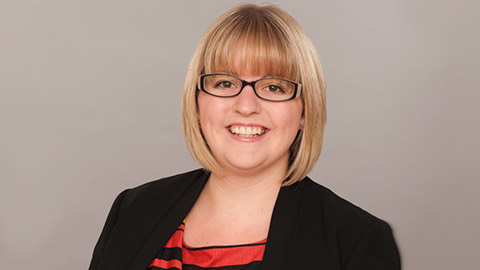 A change in law that came into effect on 1 October 2013 complicates – rather than simplifies – whether or not employers are liable if their staff are harassed by a third party. Abbey Adams of Blake Lapthorn examines the issues.

As an employer, can you be held liable if an employee is harassed by a third party?

Until this month, s.40 of the Equality Act 2010 made the position clear. If harassment had previously occurred on two occasions and the employer was aware of it, but failed to take reasonable steps to prevent it from happening again – known as the “three-strikes rule” – then the employer could be held liable. The harassment did not need to be by the same third party or be of the same nature.

But in May 2012, a Government consultation on repealing these provisions said they were an “unnecessary regulation introduced without any real or perceived need” and suggested their repeal would not leave employees without any legal recourse.

Despite 71% of respondents to the consultation being against it, the Enterprise and Regulatory Reform Act 2013 repealed the third-party harassment provisions from 1 October 2013. Claims may still be pursued under s.40 where the acts occurred before 1 October.

However, employers cannot look to the old legislation either – principally the similar “three-strikes rule” in the Sex Discrimination Act 1975, which was repealed in 2010. So where does that leave employers now?

Third-party harassment before the Equality Act 2010

Before the Equality Act 2010, an employer’s liability for third-party harassment had developed in piecemeal fashion. The case of Burton v De Vere Hotels- (made famous by Bernard Manning’s racist and sexist comments about two waitresses – established that an employer would be liable for discrimination when it could have prevented a third party’s discrimination.

This was overruled by Pearce v Governing Body of Mayfield School, in which the House of Lords held that for an employer to be liable, it had to have a discriminatory reason for failing to act. Following doubt over whether this accorded with the Equal Treatment Directive, the Sex Discrimination Act was amended, introducing the three-strikes rule and requiring harassment to be “related to” sex, not “on the grounds of” sex – an arguably wider test.

Employees may still be able to bring a claim for third-party harassment under the general harassment provisions in s.26(1) of the Equality Act 2010. This will involve arguing that the employer’s inaction is conduct “related to” a protected characteristic causing a hostile, intimidating or degrading environment.

In Conteh v Parking Partners Ltd, decided before the Equality Act 2010, the Employment Appeal Tribunal (EAT) commented that it is possible that a hostile environment initially created by a third party is made worse by an employer. Therefore, it could be argued that the employer had “created” that environment. We will have to wait and see how this is interpreted further and also how far “related to” will be stretched.

Employers could also face indirect discrimination claims. An employee might argue that the employer’s inaction is a provision, criterion or practice (PCP) that places them at a disadvantage because of their protected characteristic. It may be easier for an employee to establish that the PCP is discriminatory “in relation to” a protected characteristic as opposed to “on the grounds of” it. In Sheffield City Council v Norouzi, the EAT commented that some workplaces may inevitably expose employees to a risk of harassment that cannot be easily eradicated, and urged tribunals not to find employers too readily liable unless they can point to specific failings.

Other routes suggested by the Government are:

We will have to wait and see how such claims proceed, but clearly employers should still encourage employees to report any third-party harassment and take reasonable steps to prevent it, given the potential claims that can still be brought.

Abbey Adams is a solicitor in the employment team of law firm Blake Lapthorn, which has offices in Southampton, London, Oxford and Portsmouth

Three employment law changes in force from 1 October 2013 – XpertHR reports on the repeal of the third-party harassment provisions, changes to health and safety requirements and the increase in the national minimum wage.