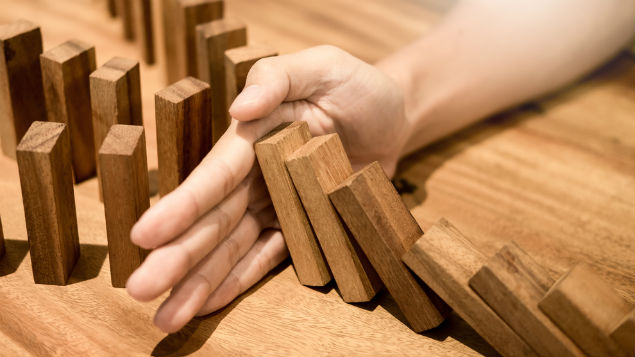 Evidence shows that a 360-degree approach to assessing board behaviour can reduce employee stress levels.

Evidence shows that leadership style has a major impact on levels of employee stress. Juliette Alban-Metcalfe, an occupational psychologist and CEO of Real World Group, looks at how leaders need to change to boost employee performance and improve mental health at work.

The World Health Organization has called stress “the epidemic of the 21st Century”, and work-related stress is argued to be the major factor causing this phenomenon (Fink G, 2016). Research by the Health and Safety Executive (HSE) and XpertHR estimates that the cost of time off due to stress-related factors is at least £6 billion across the UK economy (Shearer N, 2013).

The real cost, however, is likely to be many multiples of that figure when one takes into consideration lost productivity among people at work, but unable to engage at their full potential due to the stress. Unless we act soon, the situation is likely to deteriorate rapidly, given that pressure on employees and resources is increasing.

In some industries or organisations, many of the factors causing stress can appear obvious. Take, for example, reports of employees being strictly timed on toilet breaks, employees going into a situation to help people and instead becoming a target for violence, warehouses that apparently parallel Victorian workhouses and individuals having to make life or death decisions about patients while severely sleep deprived.

Luckily, most of us don’t work under such conditions. But stress is relative to the individual’s own experience, and what we personally experience is all too real to us.

In most jobs, there are common factors that researchers across countries and industries find are major causes of stress. These include excessive workload, constant change and/or uncertainty, a lack of reward (as in feeling valued, as opposed to salary specifically), lack of support and/or guidance, lack of meaning in work, perceived unfairness, and insufficient autonomy (Olsen IB et al, 2015; Smollan RK, 2015).

Despite a wealth of interventions by organisations trying to tackle stress, such as providing access to gyms or teaching about mindfulness or resilience, employers are mostly tackling or controlling the symptoms, rather than focusing sufficiently on the causes. This lack of effectiveness in rooting out the real problems seems to stem from either not knowing what the problem really is, or not knowing how to address it.

The positive reality is that organisations should feel empowered and emboldened to harness the wealth of influence they actually do have over the causes of job-related stress. A crucial starting point is recognising that stress-causing factors can very much be influenced by the leadership style and approach of line managers. These individuals can either exacerbate or minimise the extent to which employees experience these negative factors in the workplace, and are thus affected by the potential sources of stress.

An article by Amabile and Kramer (2011), describing the findings of an analysis of nearly 12,000 recorded experiences of employees, neatly emphasises the poor side of managers’ behaviour. They summarised that managers can “unwittingly drain work of its meaning” by:

In a similar vein, a recent member survey by ILM asked “How do leaders in your organisation make you feel?” Less than half of respondents (38%) reported that they felt “good at my job”; a third reported being made to feel valuable (34%). Less than a fifth (15%) were left feeling either empowered or excited about work.

If organisations are to act to reduce or remove the causes of stress, they must promote and develop a shift in leadership culture from what appears to be the norm.

We need leaders who offer praise and thanks where it is due, give consideration to individuals’ needs, enable people to use their skills and talents with sufficient discretion, explore their aspirations, offer social support, allow them autonomy and coach them to develop.

None of these leadership requirements are particularly difficult to enact, per se, but they are not sufficiently valued or promoted in organisational cultures – if they were, they would be the predominant style.

Whatever a line manager’s good intentions, however, we also know that individuals tend to revert to a command and control style when they’re under pressure themselves. This suggests that to really root out the causes of stress within our sphere of influence we need to look first at the very top layer of leadership, since we know organisational culture flows from there.

The question then becomes: what is it that boards of directors do (or should do) that promotes a leadership culture that reduces, rather than increases, job-related stress?

Unfortunately, research on the behaviour and impact of boards is scarce (Neill D, Dulewicz V, 2010), compared with the general literature on leadership. Boards remain somewhat of an enigma, with research relying on self-reporting (a notoriously unreliable source), or focusing on the board as a whole, rather than individual board members (Charas S, 2015).

Real World Group is a widely published organisational psychologists with many years’ experience of the power of taking a 360-degree view of leadership behaviour and impact. We have gathered data on how boards in natural conditions (as opposed to under research conditions) rate themselves, and are rated by others around them on leadership behaviour, governance and team working.

The purpose of this activity is to provide them with a mirror as to how they are perceived to be acting by each other and by others within and outside the organisation. This enables them to accurately understand and act on their strengths and development needs, in order to enhance organisational performance and culture.

The first thing to say about the data we’ve collected over the years is that it consistently supports the assertion that boards’ self-assessments can be misleading – with both positive and negative variances between boards’ self-ratings and ratings of them by others.

Secondly, when we examine data gathered across different sectors over recent years, we find that the least positive impact that boards have on their direct reports (the layer of senior managers who report to the executive board members) is in reducing role-related stress.

They are more likely to be able to positively influence other employees’ attitudes to work and wellbeing, but it is also of note that they consistently have a greater influence with these factors among the board itself (ie, each other), than with their direct reports.

Statistical analysis of data gathered from the boards of healthcare organisations showed that the behaviours that had the most significant impact on these individuals were within a dimension of the 360-instrument entitled Connecting and Influencing.

This lends weight to the assertion that for the culture to be right, influence starts at the very top. It follows that we must do more to examine boards, and support development of their leadership behaviour to enact more of the behaviours above, if we are to begin to effectively address organisational stress.

The major influence on job-related stress at all levels is day-to-day leadership behaviour. When we translate the requirements identified by research into simple, comprehensible and actionable behaviours, they are within the power of every leader across the country, and our experience shows that they can be developed.

Those organisations who lead the pack in reducing the cost of job-related stress are likely to be the ones whose boards accept their own share of responsibility, and make it a bottom-line imperative to tackle root causes, not just symptoms.

Juliette Alban-Metcalfe is a chartered occupational psychologist and CEO of Real World Group.

Charas, S. (2015), Improving corporate performance by enhancing team dynamics at the board level, International Journal of Disclosure and Governance, 12 (2), 107-131

Smollan, R.K. (2015), Causes of stress before, during and after organizational change: a qualitative study, Journal of Organizational Change Management, 28 (2), 301-314