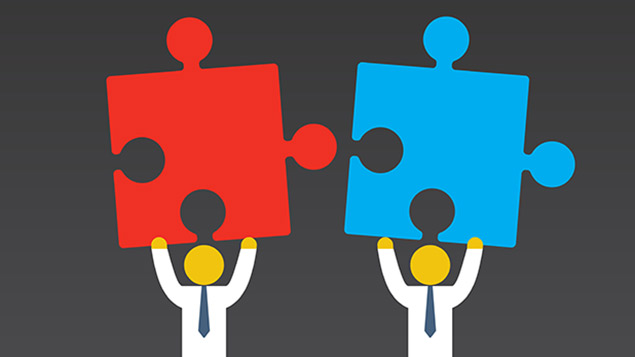 Almost four-fifths of companies that have gone through a merger or acquisition have managed to hold on to their ‘acquired talent’, according to a study by Willis Towers Watson.

Its 2017 Global M&A Retention Study found that 79% of acquirers had been successful in retaining at least 80% of their employees after they signed retention agreements.

This compared favourably to the advisory company’s last survey into M&A retention, in 2014, which found that only 68% of companies met this threshold.

However, after those employees have stayed with the company for a year, that figure goes down to around 50% of companies retaining this level of staff.

In terms of retention tools, cash bonuses (typically a percentage of base salary) remain the primary financial award in retention agreements for both senior leaders (77%) and other key employees (80%).

This early retention tactic was found to be a differentiator between acquirers who held on to most staff (28% did this) and low retention ones (11%).

“Companies are not using the retention period to capture hearts and minds to keep talent on board for the long term — and help ensure success of the merger over a longer period.”

She added: “Senior leadership typically steers the transaction pre-close and are most responsible for getting the deal done.”

“To make sure they aren’t distracted by concerns over their own futures, early communication is critical to get them on board and aligned with the goals and strategies of the acquisition. Retention agreements can provide a clear personal stake in the success of the new company.”

Of those employees with retention agreements who leave the company before the end of the retention period, nearly half (44%) blamed the new or changing culture.

Other top reasons for leaving included being aggressively pursued by competitors (36%) and not liking their new role (25%).

More than half of the acquirers (55%) had a retention budget less than 1% of the total transaction cost, which is nearly 50% lower than 2014, when the budget median value was 1.9%.

Norton added: “While there are many reasons why this decrease may be taking place, we see acquirers becoming more strategic and more selective in using their retention spend for maximum impact on a targeted group of talent.”