By Ashleigh Webber on 29 Jun 2018 in Cancer, Research, Occupational Health 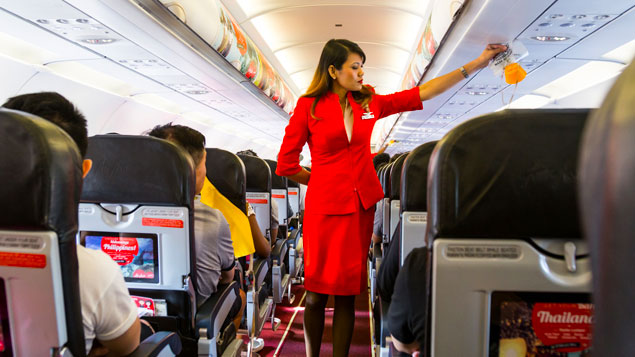 Flight cabin crew are more at risk of developing some cancers than the rest of the population, according to a study.

Research conducted by the Harvard TH Chan School of Public Health in Boston found that 3.4% of female cabin crew had developed breast cancer, compared with 2.3% of the general US female population.

There was a higher rate of melanoma skin cancer among female flight crew that those who were not in the occupation (2.2% versus 0.98% of the female population). This was the same for male cabin crew – 1.2% had been diagnosed with a melanoma, compared with 0.69% of men across the US.

The research paper ‘Cancer prevalence among flight attendants compared to the general population’, which was published in the journal Environmental Health , looked at the health of more than 5,000 former and current cabin crew.

It said the higher rate of cancer among cabin crew could be related to increased exposure to cosmic radiation and disruption to Circadian rhythms from shift work and crossing time zones.

It claimed cabin crew report a much higher rate of sleep disorders and disturbances compared to the general population, which might be exacerbated among women with young children.

The paper said the results were ”striking given the low rates of overweight and smoking among flight attendants… which we take to be indicators of general health and healthy behaviours, as well as being independent risk factors for some cancers”.

Job tenure could not be linked to the prevalence of breast cancer, thyroid cancer or melanoma among women.

The paper said: “Our study is the first to show an increase in non-melanoma skin cancer among US cabin crew relative to the general population, which replicates findings among European flight attendants and pilots.

“Our results are also consistent with cabin crews’ occupational exposures to ionizing radiation, Circadian rhythm disruption, historical exposures to in-flight secondhand smoke, and ongoing exposures to other chemical agents, most of which are classified as confirmed or probable carcinogens in humans.