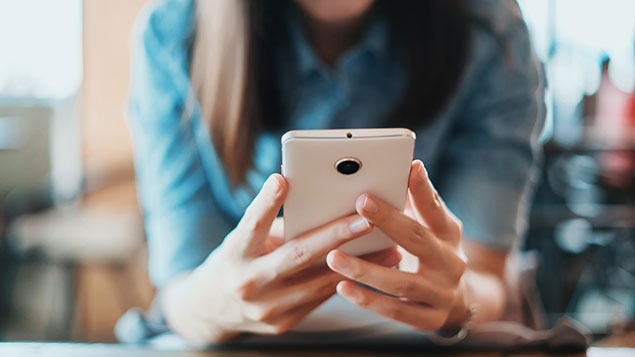 Landlines are set to be consigned to history at PwC later this year, as the accountancy giant switches its 18,000 UK staff entirely to mobile networks.

Although a few conventional telephones will be kept in place in reception and meeting rooms, employees at the company’s 24 UK offices will only be using their PwC-issued iPhones.

A spokesman for PwC said that many staff had already moved away from using their landlines and “with landline usage falling rapidly, we believe that a more mobile-focused policy is a more efficient way of working”.

John Compton, deputy head of media relations at PwC, said that the changes were “driven by staff. Our young staff are technology affluent and extremely mobile. If you are fixed in an office you will still have access to a landline. But most of our employees are young and customer-facing. We’re a technology-driven business and our staff want this and so do our clients.”

PwC added: “With landline usage falling rapidly, we believe that a more mobile-focused policy is a more efficient way of working and supports our people’s increasingly flexible working style more effectively. The aim is to complete the roll-out of the new policy in each of our UK offices by the end of the summer.”

Many smaller firms have already abandoned landlines while larger ones such as British Airways, Volkswagen and Philips have removed them to a lesser extent as part of office modernisations that have introduced hotdesking. PwC is thought to be the largest organisation of its kind to announce such a radical move.

At Philips, 30,000 employees are now without a landline phone, according to the Jobs Wizard website. Sebastian Lindemann, head of corporate communication at Philips in Hamburg, said: “There was a lot of doubt about the new concept. We held open meetings, discussions and conversations, talked to each other and involved our employees in order to prepare the transformation.”

In 2010, businesses in the UK had more than 10 million landline numbers. However, that number had fallen 35% to just 6.4 million by the end of last year, according to Ofcom.

The amount of time businesses spent talking on landlines has dropped even more dramatically.

So-called agile working isn’t necessarily popular and can meet various cultural or technical obstacles in different regions. At car manufacturer SEAT in Spain, for example, employees are said to have been disgruntled about the change to work with a laptop and smartphone but no landline.