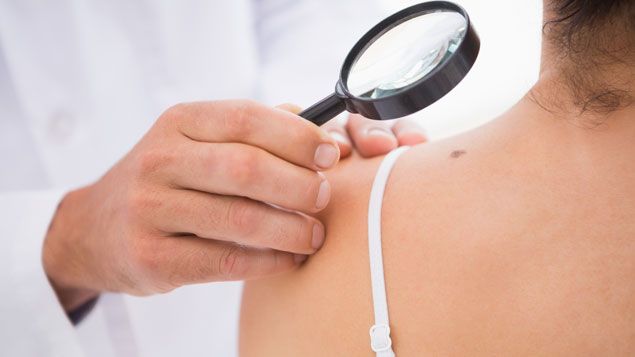 Four in 10 people are unsure what to check for when looking for common cancers such as skin, lung or bowel cancer, which Bupa has warned could delay diagnosis.

A survey of 2,008 people found that confusion about some of the symptoms of the most common cancers meant that many people were not checking themselves regularly.

Policy on time off for medical and dental appointments

When asked how often they consciously checked themselves for signs of bladder, bowel, breast, lung, pancreatic, skin and testicular cancers, 38% said had never checked themselves and only 44% looked for symptoms at least once a month.

Not realising that a symptom was potentially cancerous resulted in 15% delaying seeking medical advice.

One in 20 people who had delayed getting help said they had a symptom that turned out to be cancerous.

A quarter said they would worry about taking time off work to attend an appointment with a doctor.

Pancreatic cancer symptoms were the most likely to go unrecognised by the survey’s respondents, with 68% of people stating they did not know what they were.

Dr Luke James, medical director at Bupa UK Insurance said: “We know that many of the businesses we partner with are looking at how best to support colleagues who have been diagnosed with cancer, but more needs to be done to promote the importance of an early diagnosis.

“Half the population is expected to be diagnosed with cancer in their lifetime making early diagnosis and treatment so important to improving someone’s outcome.

“Survival rates continue to improve however many of us aren’t looking for the symptoms of certain cancers, or can’t identify them which is leading to delays in diagnosis.

Bupa has developed a “Cancer Check-CUP” guide, which it encouraged employers to incorporate into any health and wellbeing guidance offered to employees.

The guide urges employees to seek medical advice if they notice any change, if anything is unexplained and if they have any persistent symptoms (for longer than two weeks).

James hoped the guide would help employees start a conversation about cancer, particularly as a third of the survey respondents said cancer was not talked about at work.

“Our Cancer Check-CUP guide can help businesses to start the important conversation on health and raise employees’ awareness of the symptoms to look out for. We believe this is key to helping improve outcomes and aiding recovery time,” he said.

Earlier this year a separate study by Hidden Hearing found that the average person waits more than five months before going to their GP about a health concern, with more than 40% reporting that their condition got worse because they had delayed getting advice.