Five lesser known maternity rights women must be aware of 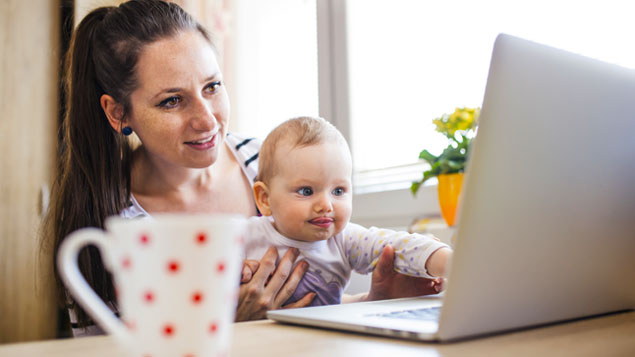 With statistics suggesting autumn is the most popular season to give birth, Beverley Sunderland clarifies some lesser known maternity rights that often get misinterpreted or overlooked.

More new and expectant mothers than at any other time of the year will soon be going on maternity leave because 26 September is the most “popular” day to give birth, according to the Office for National Statistics.

How to deal with keeping-in-touch days during maternity leave

Maternity leave is an uncertain time for some new mums. Most will want to return to work after their leave − figures from the Institute of Fiscal Studies show that three-quarters of women with children now work, a 50% rise in more than 40 years. Yet, according to a report from the Women and Equalities Committee pregnancy and maternity discrimination is at its worst for a decade.

Although discrimination laws have improved for new mums, with the introduction in the Equality Act 2010 of the specific protected characteristic of pregnancy and maternity – rather than having to bring claims under “sex discrimination” which is what happened prior to 2010 – the law is still quite complicated for both new mums navigating their entitlements and HR professionals trying to administer them.

Most new mums are aware that they are entitled to a year off on maternity leave, irrespective of their length of service. But, according to UCL research, two in five are not aware that this can often be shared with their partners under the shared parental leave regulations. Yet, there are some rights that are even less known.

Women on maternity leave should always be considered for pay rises even though they are not working. Any pay rise should be backdated to the beginning of their maternity leave, irrespective of the period the pay rise covers.

If the woman earns more than statutory maternity pay (SMP) – currently £145.18 – a week, the pay rise will not affect her salary after her first six weeks of leave, as the amount she is entitled to is capped after this point. However, any pay rise will result in an increase in pay for her first six weeks of leave, which is calculated at 90% of her earnings unless she usually earns less than SMP.

If selection criteria are used, those on maternity leave must not be disadvantaged. For instance, if there are no recent appraisals or sales figures to consider, choose a time period when there is data available for everyone or look at alternative selection processes.

An employee on maternity leave should not be given preferential treatment which could lead to her male colleague being made redundant. For example, in the case of de Belin v Eversheds Legal Services, the Employment Appeal Tribunal upheld the employment tribunal’s decision that Eversheds discriminated against a male employee when treating a woman on maternity leave more favourably. The law firm gave the woman average scores despite there being better data available to compare them more fairly.

If a woman on maternity leave is selected for redundancy then she does have enhanced rights – the employer must make positive efforts to find her similar roles elsewhere in the organisation, not just give her a link to the vacancies on the website. If there are vacancies that are suitable for her then she must be placed in this role without the need for competitive interview, ahead of other colleagues.

If a bonus is awarded to employees for a period where the woman has been on maternity leave for part of that period, then case law says an employer can pro-rate the bonus and pay it only for the time she was working. However, if the bonus is in respect of work done before the maternity leave, then this should be paid in full.

Knowing what rights women have while on maternity leave is important to ensure the business is supporting and rewarding employees in accordance with the law. This is not only good for their people, but also for the employer’s reputation and for attracting and retaining the best talent.