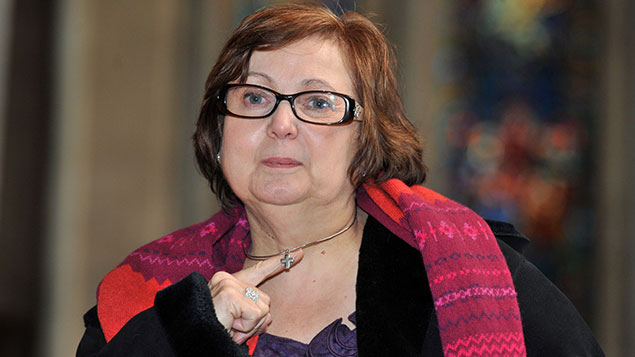 The British Airways worker who won a landmark legal claim for the right to wear a crucifix at work has launched a new employment tribunal claim against her employer.

Can an employer ban jewellery in the workplace?

Eweida and others v United Kingdom

In a highly publicised case, Nadia Eweida took her claim of religious discrimination all the way to the European Court of Human Rights in 2013 after she was sent home for wearing a silver crucifix around her neck.

Her case began in 2006 when she fell foul of the airline’s new clothing policy, which prohibited her from wearing visible jewellery around her neck.

BA made exceptions only for religious items regarded as a “mandatory scriptural requirement” that could not be concealed, and although Eweida was a devout Christian, she was not allowed to wear her crucifix in her role as a member of check-in staff. She took her claim to employment tribunal, employment appeal tribunal and the Court of Appeal, but all found in favour of BA.

The ECHR held that a fair balance had not been struck between her desire to manifest her religious belief and “the employer’s wish to project a certain corporate image”. It said that the domestic courts had afforded “too much weight” to the company’s aim to protect its image, and that the policy was a breach of her human right to manifest her religion.

In her new tribunal claim, Eweida has accused her managers at BA of victimisation, harassment and punishing her for whistleblowing. She claims she was denied a break after experiencing strain on her eyes after an operation, and that she was instead asked to cover a flight gate. When she refused, she received a written warning.

“I want my day in court. For me, it’s for my self-respect.” – Nadia Eweida, BA worker

Eweida believes she has never been forgiven for bringing the first tribunal case, saying: “I want my day in court. For me, it’s for my self-respect.”

Another new uniform policy, which was introduced in 2017, required staff to tuck a cravat into their blouse, which meant she had to wear her crucifix on top of her cravat. Eweida claims this was introduced with the aim of affecting her.

Her preliminary hearing takes place in the Watford tribunal in October and Eweida has used a crowdfunding page to attempt to cover her legal fees.

In a statement, BA said: “We strongly deny all of these claims. We work hard to ensure that all 42,000 staff who work for British Airways are treated fairly and consistently.

“We actively encourage staff to report concerns that they have about safety or their wellbeing, so that these can be discussed with managers.”