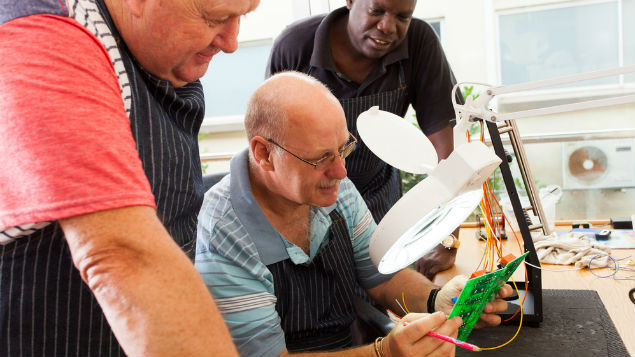 Research carried out during September and October highlighted the growing challenge facing employers in terms of managing and supporting the UK’s ageing workforce.

Figures from the Office for National Statistics have suggested that the number of people aged 65 and over still working has reached 1.19 million – up 25,000 from a year ago. There were also now more people aged 50-74 in work than ever before

But that overall trend was hiding the fact that one in eight (12%) people are forced to stop working before reaching state pension age because of ill health or disability, according to research by union body the TUC.

Nearly half a million (436,000) workers who are within five years of state pension age have had to leave work for medical reasons, with a “stark” divide between the North (worse) and South (better), it argued.

Those in the lowest-paid jobs – including cleaners, carers, leisure industry workers and people doing heavy manual jobs – were twice as likely to stop working before retirement age because of sickness and disability than managers or professionals, it said.

Within this, the needs of the “sandwich generation” – those juggling work with caring for elderly dependents as well as children – needed to be given greater priority by employers, a white paper by insurer and healthcare provider AXA PPP healthcare concluded.

Its research argued that 66% of managers think the average age of retirement in their organisation will increase in the next five to 10 years.

Yet, 36% reported being unaware of anything their organisation did to attract, retain and engage older staff.

Fewer than a quarter (23%) of employees said they felt supported by their employer with their responsibilities for caring for a loved one.

This was perhaps unsurprising, given that only 28% of managers said their organisation had formal policies and practices in place to support these employees, argues AXA PPP healthcare distribution director Chris Horlick.