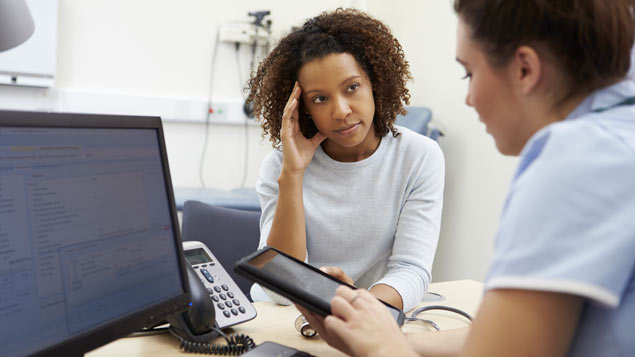 The survey found 22% of staff hid medical appointments from their employer. Image: Shutterstock

Four in 10 employees have a health issue they have never disclosed to their employer, according to a survey.

One in 10 workers thought they would not have been offered a job if they had told their employer about a health condition, the Censuswide survey commissioned by Beneden Health found, while 40% said they did not feel comfortable talking about their health in the workplace.

Almost a quarter (22%) of employees admitted to lying to their employer about taking time off for a medical appointment.

Helen Smith, chief commercial officer of Benenden Health, said: “Hidden health issues can impact absence rates, productivity and the general wellbeing of staff and so it is vital that workplaces act now to protect their business interests, as well as their workforce’s, especially if they want to attract young talent into their company.

“Benenden is calling for businesses to have a clear reporting process for employees to seek support from the senior team, which if supported by a tailored wellbeing programme that recognises the different needs of a multigenerational workforce, can help increase productivity and promote a happier and healthier workforce.”

The survey of 1,000 employees and 1,000 SME business owners also found that employers frequently did not offer healthcare packages above statutory allowances – 85% of SMEs said they did not do so and 43% admitted they did not see it as a valuable factor in recruitment.

However, 50% of employees agreed that a comprehensive health and wellbeing programme would increase their likelihood to join or stay with an organisation. Twenty-nine per cent said they would be willing to take a job that offered a lower salary if the company had a strong health and wellbeing offering.