How the Frost/Black report could shake up occupational health 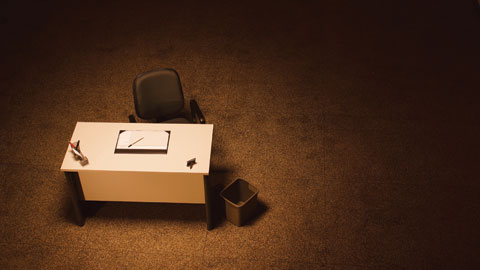 The Government’s response to the Frost/Black report could see the biggest shake-up of the OH profession in a generation, finds Nic Paton.

The reaction from the OH community to January’s response by the Government to the Frost/Black “Health at work – an independent review of sickness absence” report has generally been one of surprise and pleasure.

Yet practitioners are also apprehensive about the challenges the Government’s proposals pose to the profession, particularly around workforce issues, but also how, or indeed if, the creation of a new, free national health-at-work service could undermine existing paid-for OH provision.

At the heart of the Government’s response is the creation in 2014 of a health and work assessment and advisory service, to which people absent from work for four weeks or more can be referred (see box 3).

The Government has said that this new service will be run by an external provider following a tendering process and will require up to 740 OH professionals and 10 physicians, plus around 1,300 other full-time healthcare professionals. It will cost up to £50 million, but generate significant benefits for the Government in terms of increased tax and national insurance revenues and reduced benefit expenditure, as well as savings of up to £165 million for employers.

Among a raft of proposals, the report also outlined plans for the revision of guidance around the fit note and the extension of its telephone-based OH advice line pilots until March 2014.

Certainly, the feeling among the profession is that at one level, finally, there is now the potential to seriously put OH on the map in the minds of the public and employers – and even take OH into areas where it has struggled to venture up to now, especially in small to medium-sized businesses.

As John Harrison, director of NHS Plus, says: “We are delighted with it. It is a real opportunity for occupational health.”

Dr Olivia Carlton, president of the Faculty of Occupational Medicine, says she is also “delighted”, adding: “Evidence suggests that positive inducements to access these types of programmes and return to work would greatly improve the real and economic health of the nation.”

Not all blue skies

Yet despite the generally positive response, there are significant caveats and worries. Graham Johnson, clinical lead, nursing at Bupa Health and Wellbeing, argues that on the one hand, “it is great that [the report] has actually identified the potential for supporting employers with the management of sickness absence”.

But on the other, he says there is still a lot of detail that, for now, remains opaque: “For example, they have identified the number of practitioners that they estimate will be needed, but where have those figures come from? And where are those people going to come from? There is still a shortage of specialist OH nurse practitioners.

“If the Government is serious about this, perhaps it should take the money it expects to save from the public purse and redirect it to set up a government-funded OH nurse training course. If it did that now, by September 2015, they would be qualified – and you would have a group of individuals trained and funded by the Government with the skills it wants. Otherwise, I think we will struggle as a profession to find these individuals.”

Christina Butterworth, president of the Association of Occupational Health Nurse Practitioners, agrees this is a worry: “I am so glad that the Government has responded in such a positive light. But if there is one thing OH people should be concerned about, it is the statement that the assessment and advisory service will need between 330 and 740 OH professionals. I am really trying to understand where they are going to get these people from.”

It is also important that a blended approach is taken, she says, bringing together a mix of high-quality in-house, independent and outsourced service provision.

A further question is whether this new service could backfire on the OH profession or even be a threat in terms of its potential to undercut existing OH provision.

“The huge unanswered question in this is whether those that are currently buying in OH services or employing their own in-house service will continue to do so at the same level, if at all,” says Lindsey Hall, OH adviser and director of OH provider Split Dimension Ltd. “Whether you are Barclays bank with tens of thousands of employees or Bloggs & Sons builders with 10 workers, why would you, when a big part of what you are paying money for is freely available?”

Not just about benefits

Harrison says that if it is to be successful, the new service will need to be “sold” to the public quite carefully as something beneficial and positive and not just to do with getting people off benefits.

“It is going to be hugely important that people feel that they can trust it. It will need to have credibility, and that may have to come from some form of accreditation process,” he adds.

The time frame may also be ambitious, he says: “It is going to be a relatively tight deadline in which to drive the thing forward. But it is very important that when it goes ‘live’, it is fit for purpose.”

Dr Richard Heron, president of the Society of Occupational Medicine, argues that to be successful, the new service will “need a really high calibre of coordination so that the links between the advisory and assessment service are robust”.

The idea of “front-end rapid telephone access” is great, he says: “There is a lot of detail to be worked through. But this report is a really good start and it lays out really very positive possibilities in terms of personal health, the health of business and the health of the country.”

Finally, one question mark posed by the report is the future role of the Fit for Work Service pilots. Funding for these, unlike for the OH advice line pilots, has not been extended, and so technically will cease at the end of March 2013.

Leicestershire GP Dr Rob Hampton, the clinical lead for the Leicestershire Fit for Work Service pilot, argues that the team there is confident of securing funding to carry them through to 2014 and the launch of the advisory service.

But he also emphasises that the experience many of the pilots have built up in the areas of case management and liaising with local GPs could be invaluable, and that it would be a shame if this was lost before the service gets up and running.

“As a GP who has also been an OH physician for 10 years, it has long struck me that these two need to be working together far more closely. It will be a change because the default will no longer be that a GP can just sign someone off note after note after note, and nothing happens,” he says.

“I believe the landscape will shift, and this has the potential to be a real stimulus for change. I think, and hope, it will generate a real dialogue between community GPs and OH practitioners.”