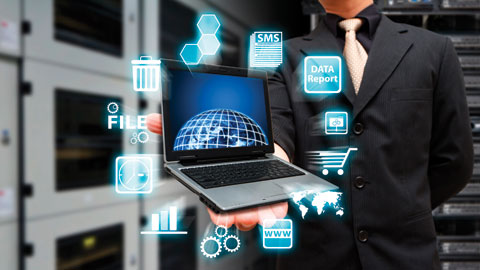 Whatever your feelings about technology, there is no escaping that it has become a vital part of our working lives. Nic Paton explores how the software available to the OH profession can help make the day just that bit easier.

Investing in or upgrading your software is always going to be a big decision. Increasingly, these days, the functionality, versatility, robustness and “reach” of the system you choose – and the provider behind it – can be the difference between an OH consultancy or unit staying ahead of the curve in challenging budgetary times or finding itself coming under an uncomfortable spotlight.

That is why it is all the more surprising to find, more often than not, that among OH software providers there is a consensus that it can be the user of the system – in other words, the individual practitioners – rather than the technology itself that is the weak link in an OH practice or unit.

After something of a slow start, OH practitioners have moved swiftly to embrace innovation in OH technology and software. However, it is often still the case that, perhaps for reasons of lack of time, training or willingness, practitioners can buy in a new system or an upgrade and then, while they still probably find it useful and an improvement, fail to go that extra mile to ensure they are really making full use of everything the technology can offer.

As Mike Barton, director at provider Warwick International Computing Systems, says: “The vast majority of OH users do not use software to its full capability – but that also does not necessarily mean they should be. If how they are using it ticks the boxes, then maybe that is fine. But it may also be a question of simply not knowing what a system does.”

Jo Henderson-Tchertoff, sales manager at provider Medgate, agrees: “Probably the biggest issues with OH and safety software are people not realising its full value, choosing a cheap option or not having comprehensive training.

“People do not realise that a decent OH and safety system is quite a big beast, so it needs to be properly installed and people need to be trained on it. Without proper training or implementation people simply end up paying for a system that they are not using to its full potential.

“So it might be that they are buying a system for health surveillance, for example, but do not know about the diary, medical charts, immunisation or travel medicine functionality and so on that comes with it.

“But if you spend some money up front and get it properly installed and people properly trained, it can then be much more cost effective. You need to do your homework and know what reporting you can do and what automation you can achieve.”

Neil Connor, owner of provider CHI, says that often when customers call in to upgrade their systems, they have to be informed that their existing system already does the things they want an upgraded version to accomplish.

He adds: “Many systems are now all-encompassing, but people want them to work for them instantly – they don’t have the time to ‘play’ on them, but that is really how you get to know your system. But at the same time, for us, it is about always trying to make our software as intuitive and user-friendly as possible.

“Software needs to be able to respond to user requests in a way they will understand, but sometimes people simply do not know what they should be asking of it. Once you show someone how a system works and all that it can do, they can be really impressed.”

Taking control by giving it up

One of the biggest ongoing trends is one that, at first glance, sounds completely contradictory: giving up control to take control. The rise of web- and cloud-based systems, for example, has meant that OH practitioners are increasingly able to take control of their software by moving systems out from the umbrella (or control) of an in-house or contracted IT department.

As Barton says: “What a lot of OH departments suffer from is IT support that is not as proactive as they would like it to be.

“OH is sometimes perceived as one of those services that does not bring a clear, tangible return to the organisation, and so may not get the same investment as other areas of the business.

“This often means that IT systems for OH tend not be seen as business critical as other software applications for other areas of the business – say, systems for production, finance or accounts – and therefore the allocation of resources is going to be somewhat lower down when it comes to the pecking order.”

He adds: “Where cloud or software as a service can give an OH unit an advantage is that it takes the major investment in IT support away from the parent organisation and puts it with an external software supplier who, obviously, specialises in this, understands the client’s objectives and needs and has an interest in providing the best service it can.

It is a similar story when it comes to reporting. This remains a key function of any OH practitioner, of course, but more use of self-reporting and self-service functionality is allowing managers, and even employees, to take greater control and “ownership” of reporting.

“It is about giving employees the control so they can report their own incidents,” says Henderson-Tchertoff. “So you can have a self-reporting kiosk, online diary or questionnaire. Managers are also more able to take control and responsibility for their staff because they can produce their own statistics. They are managing it more, rather than someone needing to prompt them. And a lot of it now is also paper free.

“You are more likely at this stage to have one system with multiple functions, as that’s much more cost effective and easier to manage in terms of reporting.”

In an environment where every penny is coming under close scrutiny, practitioners are recognising the value of software and technology when it comes to justifying or validating their activities to management, argue providers.

Connor says: “It’s all about being able to justify the existence of the department, as well as making the business case. But, of course, so much of OH is somebody popping by the department or just making a phone call to check on things.

“So it is important to be able to record every interaction you have and to be able to include this information in every report – how many screenings, how many referrals and so on. It is about showing the totality of the work the practice is doing and being more proactive.”

The near ubiquity of smartphones and tablet computers is driving demand for ever greater and more flexible mobile functionality, says Henderson-Tchertoff: “I think we will see more tablet and iPad apps coming through, and more self-service.

“But what will not change is OH’s role as the keeper of the regulations, and you will still have to have things such as health surveillance. OH will still need to know when recalls need to be happening and producing statistics, even if the environment is increasingly paper free.”

Electronic diaries have been perhaps one of the last things to be taken up, as people have been very reluctant to relinquish their traditional hard-copy diary book that they would pass around, says Barton.

“But the true benefit and improvements in efficiency [of these types of technology] are now being realised by the vast majority of our clients,” he adds. “Especially when you have larger clinics or multiple sites where you have a peripatetic workforce, people are now recognising it is so much better.

“The clinician or OH adviser can have their diary visible on their desk and can mark when someone has arrived; when their status changes they can track their progress through the clinic session; and, if needed, manage their own diary, and they can then schedule further or follow-up appointments if necessary. It can also help manage, monitor and keep on top of did-not-attends.”

Connor says that the trend is definitely towards the web: “It’s all very much about cloud-based remote access so that people can access records anywhere. There’s more focus, too, on mobile functionality – iPads, mobile devices and so on.

“Within that, in turn, there has to be a debate around security and trustworthiness – it’s often the first question to be asked on a training day. The fact that people generally are so much more computer literate these days means it is possible to be much more flexible with devices.”