Job stress can heighten risk of premature death in men 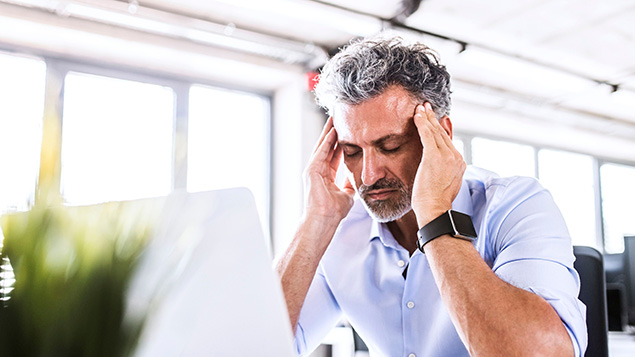 Stressful jobs are more likely to lead to premature death among men with heart problems, according to a 14-year study into the impact of work on health.

Doctors found that men with diabetes, heart disease or who had previously suffered a stroke were 68% more likely to die over the course of the study if they had a demanding job, while women suffered little or no risks.

The study tracked more than 100,000 people from Finland, France, Sweden and the UK. At the start, each person completed a questionnaire about their lifestyle, work and health. By the end of the study, 3,841 participants had died.

Once health and lifestyle factors had been taken into account (such as obesity or smoking), they discovered that men with cardiometabolic disease that had experienced ‘job strain’ still had a 68% greater risk of premature death.

The report’s authors are now urging employers to consider whether workers might be vulnerable to stress and how this can be managed.

Writing in the Lancet Diabetes and Endocrinology journal, the research team behind the report also looked into a second form of job stress – ‘effort-reward imbalance’ (where people feel they put a lot into their jobs for little reward).

This type of stress did not drive up rates of premature death among men with cardiometabolic problems, but did slightly increase the risk for men without these health issues.

The researchers found that neither job strain or effort-reward imbalance had any impact on women’s death rates.

Andrew Steptoe, British Heart Foundation professor of psychology at University College London, was a senior author on the study. He told The Guardian that the difference in outcomes for men and women may be down to biological disparities in the way their bodies produce and process the stress hormone, cortisol. Stress also makes blood pressure rise, which can exacerbate existing heart problems.

He added: “We are keen for people to take this seriously instead of saying to people who have got terrible stress: ‘What you need to do is exercise more and not smoke’, because that is not going to solve the problem. There’s more that needs to be done.”