House of Fraser to close half its stores 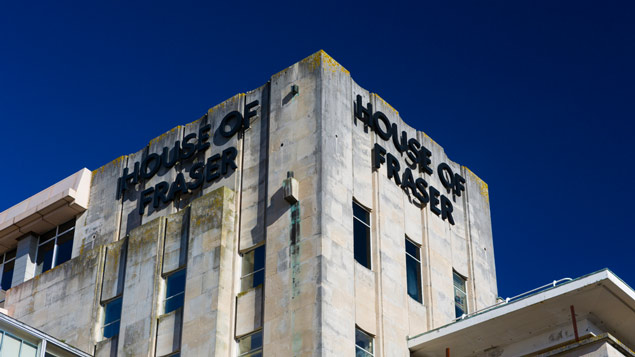 The House of Fraser store in Plymouth is one of 31 identified for closure
Photo: Shutterstock

One of the UK’s leading department stores, House of Fraser, is to close in 31 of its 59 locations including its flagship shop on London’s Oxford Street.

It announced the closures today as part of a rescue plan which, if approved, could affect around 6,000 jobs – 2,000 at House of Fraser and approximately 4,000 at brand concessions that operate in-store.

The retailer said it had filed proposals for a company voluntary arrangement which were “central to the significant restructuring of the business, without which House of Fraser does not believe it has a viable future”.

House of Fraser, often one of the largest shops in town, is the latest in a long line of high street businesses facing serious commercial pressures this year, with rents, rates, wages and competition from online business typically to blame.

The company, which said the closures could start in early 2019, also plans to relocate its head office in London’s Baker Street.

Frank Slevin, chairman of House of Fraser, said: “The retail industry is undergoing fundamental change and House of Fraser urgently needs to adapt to this fast-changing landscape in order to give it a future and allow it to thrive. Our legacy store estate has created an unsustainable cost base, which without restructuring, presents an existential threat to the business.

“So whilst closing stores is a very difficult decision, especially given the length of relationship House of Fraser has with all its locations, there should be no doubt that it is absolutely necessary if we are to continue to trade and be competitive.”

He added: “Our immediate focus is on our colleagues with whom we are communicating openly and supporting at this time.”

Dave Gill, national officer for shopworkers’ union Usdaw said the closures were devastating news for House of Fraser employees. “We are receiving calls from loyal and long-serving staff who are extremely worried, including those who work in brand concessions and are not directly employed by House of Fraser,” he said.

“Usdaw is providing the support and advice our members require at this very difficult time and we are urging the company to ensure all staff are treated with dignity and are fully consulted.

“Regrettably House of Fraser do not recognise Usdaw. I have today called on the company to engage in urgent talks, so that we can challenge the business case, investigate what can be done to save jobs and represent our members’ best interests.”