On 5 Jul 2019 in Fit for Work, Return to work and rehabilitation, Sickness absence management, Occupational Health 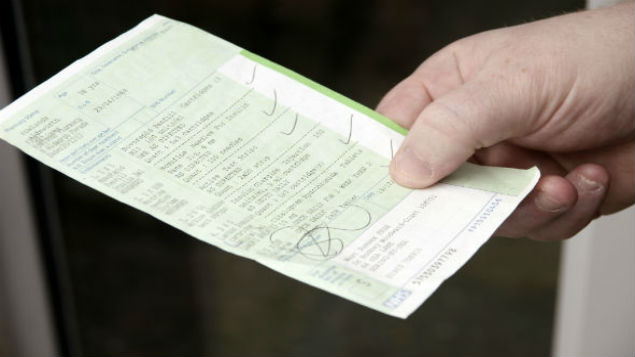 With the government considering extending fit note certification to other healthcare professionals, Dr Adrian Massey looks back at how we arrived at a system where it was considered appropriate that only doctors should be able to sign people off work.

Dr Andrew Manson is the central character of Archibald Cronin’s 1937 novel The Citadel. Dr Manson goes to the fictional Welsh mining town of Drineffy to practice as an assistant to the existing doctor, Dr Page.

On arrival he learns that Dr Page has been incapacitated for some time by a severe stroke and that, since his illness, the local pharmacist Dai Jenkins has been holding surgeries on his behalf. Dr Manson is shocked to learn that the doctor’s wife has had a stamp made up so that Mr Jenkins has been able to issue sick certificates to the miners.

The novel describes how Dr Manson sets about shaking things up. He is determined not to offer a “slack certificate”, and the crowd of note-seekers that gather each morning are amazed to be carefully examined before Dr Manson is prepared to issue a note (and even more amazed to be declined one if he can find nothing wrong).

When notes are issued these are exclusively for industrial diseases such as beat knee, coal miner’s nystagmus and coal miner’s lung. One miner is enraged when he is given a certificate, only to learn that it declares him “…suffering from the effects of over indulgence in malt liquors but perfectly fit to work”. The reader is left in no doubt that Dr Manson is a moral hero and model doctor. He declares that only he, and he alone, will issue certificates in Drineffy from now on.

Cronin’s book offers an interesting glimpse into what people of the 1930s thought about sick certification. There is the assumption that sickness can only be genuine if underlying disease can be detected and that, since the training of the doctor is largely connected with disease detection, it is a task that only doctors should perform. Then there is the idea that it is perfectly acceptable for healthcare professionals to approach patients in a sceptical, challenging manner and to humiliate them if they suspect that their work ethic is lacking.

Even in 1937, had Cronin looked hard enough, there was evidence that this was all nonsense. Doctors had first been asked to perform certification around 25 years earlier, when Lloyd George’s first National Insurance Act of 1911 created the requirement for them to certify eligibility for sickness benefits administered by “Friendly Societies”. The first benefits to be paid under the 1911 Act were paid in 1913. Within eight months there was government alarm that doctors were certificating with reckless abandon, and that expenditure was spinning out of control.

At an inquiry convened in 1914 it was noted that doctors felt strongly about advocating for their patients. Pleas for them to be mindful of the need to control expenditure, for the sake of the solvency of the Friendly Societies fell on deaf ears when they were faced with the reality of having to refuse a note to the patient sat in front of them.

The Friendly Societies became the unhappy prototype for all sickness assessment schemes that have followed. Cost control was poor because doctors saw it as a betrayal of their caring role to refuse a request for a note. Contentious cases were referred to regional medical advisers in increasing numbers. In desperation the Societies began to use “Sick Visitors”, people who would call in unannounced on the sick patient to check that they were indeed convalescing. The process became increasingly bureaucratic, costly and acrimonious.

When the post-war Attlee government designed the new welfare state an opportunity to reconsider the wisdom of requiring doctors to certificate in this way was missed. General practitioners were expected to issue notes in just the same way they had been prior to the launch of the NHS, the only difference being that this was now on behalf of the new Ministry of National Insurance rather than the Friendly Societies.

Avoidable sickness is a public health concern because we now know how important work is as a determinant of health. But sickness certification simply doesn’t prevent avoidable sickness, and never has done. Sickness rates rose relentlessly throughout much of the twentieth century from the time of the 1914 inquiry onwards.

This was despite enormous improvements in healthcare (as a result of the creation of the NHS) and in workplace safety (as a result of strengthened health and safety legislation and technological improvements) that should have driven rates downwards.

I believe that The Citadel helps us to understand why Lloyd George, and subsequently Attlee, mistakenly thought that doctors were the right people for the job. There was a prevalent belief that sickness was invariably caused by disease, hence Dr Manson’s black-and-white approach to his patients. It was logical that they assumed that doctors – as disease inspectors – were the appropriate professionals to confirm or exclude the presence of sickness, in the same way as a vehicle inspector might jab a screwdriver into a rusty chassis on behalf of the Ministry of Transport.

But sickness is not always caused by disease. Most morbidity in western populations is caused by illnesses existing in the absence of any disease whatsoever: notably common mental health problems such as anxiety or depression, and conditions such as fibromyalgia syndrome or chronic fatigue syndrome. In the minority of cases where symptoms are caused by diseases, such as arthritis or coronary artery disease, the severity of the disease just does not correlate with the extent of the patient’s illness.

An orthopaedic surgeon cannot predict how bad their patient’s back pain is merely from looking at their MRI scan; a cardiologist cannot know what their patient’s angina is like simply from examining their angiogram.

The doctor’s particular skill in the detection of disease is therefore of next to no value when it comes to assessing sickness. They are as dependent on the patient’s account of their symptoms, to gain some idea of what it is like to be that person, as anyone else. When someone is making a decision as to whether they believe something they are being told, in the main they are making a value judgment about the credibility of the person who is telling them.

Yet the paradox of medical certification is that society simply does not permit its healers to make value judgments of this kind about their patients. When a patient reports their symptoms to their doctor there is an expectation that they are to be believed, unless there is incontrovertible evidence to contradict what they say. Such is the nature of most symptoms, uniquely personal experiences of body and mind, that this is practically never the case.

The deep irony then is that the tool that would actually be needed to make forensic assessments of this kind – the ability to make value judgments about what is being said – is expressly prohibited to the people who undertake them.

We would not want it any other way – we do not expect to be judged by our doctors, we expect them to care for us. Paradoxically, this means they are amongst the worst possible group to have been entrusted with certification. Not surprisingly most doctors readily admit, when polled, that they issue certificates on demand for fear of complaint or of jeopardising their therapeutic relationship with their patient.

Sickness certification is harmful. It poisons the doctor-patient relationship by introducing suspicion and mistrust. It infantilises patients, who are seemingly not trusted to make a decision about a matter as basic as whether they feel well enough to go to work. It is a cause of avoidable sickness absence since, as seasoned occupational health practitioners know, whether or not someone with a common health problem is able to remain in work depends far more on what their manager can do to support them than what their doctor can.

Yet managers are terrified of talking to employees about the practical things they could do to try and keep them in work if a certificate has been issued. Perhaps worst of all it wastes seven million GP appointments every year, since doctors admit that a certificate is going to be issued anyway if the patient asks for one. This is at a time when patients in need of the doctor’s medical care (rather than their secretarial services) already have to wait on average almost a fortnight for an appointment.

Sickness certification is topical as it is currently subject of government consultation. The proposal that other healthcare professionals, such as occupational health advisors, might be involved in issuing certificates has been floated.

Andrew Manson may have been hasty in confiscating Dai Jenkins’ stamp. Those clinicians who have so far been spared this task and who feel it would be a mistake to take it on are, in my view, right to be concerned. Sickness certification has been a failed social experiment for more than a century: the problems are fundamental and would compromise other healthcare professionals just as much as they do doctors.

The sensible approach is to abandon the exercise in principle rather than to transform it into a multidisciplinary mistake.