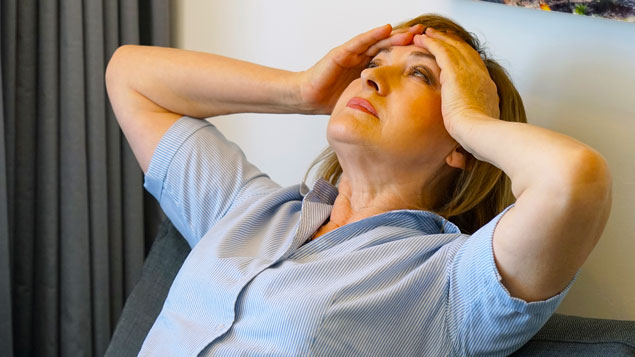 The average migraine sufferer needs to take 33 days off work a year to cope with their condition, with those at the “peak of their careers” most likely to be affected.

A study funded by pharmaceutical company Novartis found that the average age of a migraine sufferer was 41, with women making up two-thirds of those who experience the condition.

The findings, presented at the Congress of the European Academy of Neurology in Lisbon and reported in the Daily Mail, suggested that migraines were responsible for more than 30 million sick days annually.

The study looked at the health of more than 7,700 people in France – 3.8% of whom suffered a severe migraine at least eight days a month.

The research also looked at 700 migraine sufferers in Switzerland, which found patients were more likely to require migraine medication if their headache could be linked to depression or anxiety.

Study author Dr Guillaume Leiba, from Novartis, said: “Migraines significantly affect people at the peak of their careers, who have families to provide for.

“These regular attacks represent a serious problem as far as keeping their jobs is concerned.”

The study of French migraine sufferers also found that more than three quarters had sleep disorders and did not enjoy their time off work.

Earlier this year, separate research by benefits provider Personal Group and online doctor service videoDoc found that the average person worked for four days while they were genuinely unwell last year, with many claiming they felt pressured to work while ill.

More than half postponed seeking medical advice because they did not want to take time off work, with those aged 16-24 more likely to go to work while ill than other age groups.