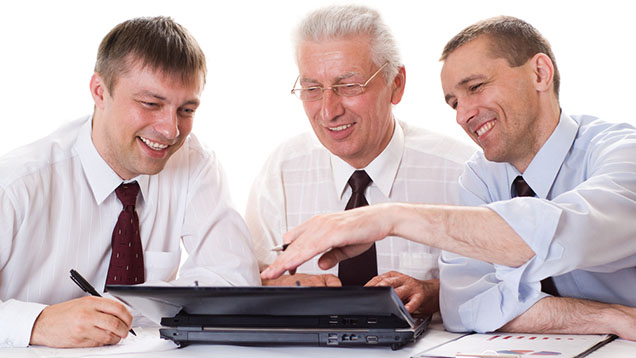 There are other issues driving an increase in the number of over-65s in work. The Government’s decision to raise the retirement age to 68 for both men and women (and with this figure likely to rise as the Government regularly reviews the situation) has induced the need for people to work longer (Salgren, 2013).

Older workers and the law

Pensions and savings have been affected, with poor returns on investments, meaning that people cannot afford to retire, but are instead being forced to work longer and save while they are still working (Paton, 2013). Saga (2013) adds that some people also choose to continue working to maintain daily interaction because they are no longer tied down by the retirement age of 65, which was abolished in 2011.

However, in 2012, the TUC responded to the Government’s decision to raise the retirement age, suggesting that this would force older people with associated health problems to “work themselves into the ground”. This would ultimately lead to an increase in sickness absence and incapacity, putting further strain on an already overburdened NHS. Improving the health of older workers may require an increase in the public funding of the NHS in response to the extra demands. The King’s Fund (2013) approaches this more positively, stating that in any NHS funding longer-term healthcare will ultimately improve workforce activity and create a stronger economy. Thus, it is important to focus on the relationship between the ageing workforce and good health.

Paton (2010) advises that there will be an increasing number of workers with chronic conditions, or with a certain level of ill health, and how employers support them will be crucial.

Occupational health professionals have an important role to play and they will be in demand to advise employers about the best ways to support their staff and get them back to work (Ilmarinen, 2006; Crawford, 2005; as cited in McDermott et al, 2010).

The Department for Work and Pensions’ (DWP) (2014) paper Fuller working lives focuses on the ageing workforce and how businesses can take the initiative in ensuring an older person can continue to work into old age.

How does ageing affect health from an employer’s perspective?

Obvious signs of ageing are clear, such as greying hair, wrinkles and reduced energy; however, the following points outline some of the more serious issues relating to work ability:

The main issue faced by employers and OH is the design of workplaces and how adaptable they are to the older worker. Older employees face certain vulnerabilities and employers have a duty to take reasonable care for their health and safety as much as they do for younger workers (Health and Safety Executive, 2014). Under the Management of Health and Safety at Work Regulations 1999, employers should carry out appropriate workplace risk assessments, while also identifying workers who may be at increased risk of accidents. This could include older workers.

In addition, perceptions of workers that their workplace is not adaptable to them may result in stress. Employers will need to ensure that participation by employees on what the perceived stressors are, by way of a stress risk assessment, is undertaken.

Redesigning the workplace to accommodate the needs of older workers is crucial and will lengthen their career. It will also provide the organisation with the employee’s knowledge and experience, along with their maturity and reliability.

Workplace modifications, job redesigns and accommodations will be needed and OH advisers will have an important role in supporting managers. Regular reviews and workshops engaging older workers will help to identify problems and rectify issues in a timely manner.

Using older workers’ experience and knowledge and utilising them as mentors may reduce the potential impact of the more ergonomic issues and allow them to take other roles within the organisation that will contribute to an efficient workforce.

Training management to look out for the signs of chronic illnesses (which are more likely with older workers) and ensuring that a robust absence-management policy is in place will be necessary.

Department for Work and Pensions (2014). “Fuller working lives – a framework for action”.

Health and Safety Executive (2007). Health and safety for older workers.

The Management of Health and Safety at Work Regulations 1999, No.3242.

TUC (2012). Half a million people approaching state pension age are too ill to work.