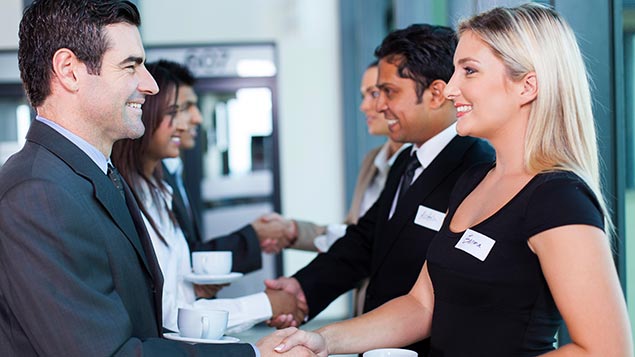 In July, occupational health doctors met with nurses and allied practitioners in Manchester to discuss the scientific evidence for workplace health interventions. Vanessa Hebditch reports on some of the event’s key highlights.

The theme of the annual scientific meeting of the Society of Occupational Medicine (SOM) was “Health in the workplace by knowledge and practice”.

For the first time, the meeting was held in association with SOM’s sister organisation, the Faculty of Occupational Medicine (FOM). This year also saw a marked increase in the numbers of nurses and allied health professionals at the event. Among them was Christina Butterworth, a senior OH nurse adviser, who received an honorary fellowship from the Faculty of Occupational Medicine in recognition of her contribution to the field of health and work.

There were more than 48 presentations on topics ranging from maximising resilience, to the menopause and eating disorders. NHS chief executive Simon Stevens urged delegates to “help lead the improvements in occupational health”. He also stated that he wanted to see an NHS that “set an example for the nation on the importance of taking employee health and wellbeing seriously, and tackling major issues such as obesity and supporting positive mental health.”

In her keynote speech on the future health of the working age population, Dr Pui-Ling Li, the newly appointed chief medical officer and chief scientific adviser of the Department for Work and  Pensions, said that the future health of the UK working-age population is complex. She told delegates that while smoking is still the single most important preventable cause of death, it has been in decline and premature mortality from cardiovascular disease and cancers have been falling over time. However, major risk factors such as obesity have simultaneously been on the increase.

Obesity is one of the most significant risk factors for cardiovascular disease and diabetes. This, combined with an expected extension to the age that people will work until, and the increase in long term chronic conditions that working-age people will have, suggests that healthcare practitioners and the Government will need to work together to prevent a reversal of some of the health improvements of recent years.

Dr Li said that OH services have a critical role to play in these changes. She also stressed that it is important to have joined-up government policies and for government departments to work together to tackle working-age health, as there is no single solution.

Referring to it, Madan said that mental illness is now the leading cause of sickness absence in the UK, and the number of working days lost due to it has increased by 24% since 2009. Older workers with mental ill health leave work in their 50s and are unlikely to return. Mental illness leads to worklessness and this, in turn, leads to debt, which creates an ongoing spiral. In 2013, around 41% of employment and support allowance recipients had mental or behavioural disorders as their primary condition.

One key recommendation of the report was that OH professionals should avoid undertaking “stress audits,” and that preventative strategies should focus on promoting well-designed work. Professionals need to train managers on how mental illness might present itself in workers and how they can support employees who are experiencing mental health problems.

A key employment-related policy recommendation of the report was that individuals who risk falling out of work due to mental illness should be prioritised to receive a secondary assessment by psychiatric services.

Madan concluded her talk by noting that:

Dr Elaine Wainwright, senior lecturer in applied psychology at Bath Spa University has been researching resilience and chronic pain. A recent study considered whether or not resilience is a trait, an outcome or a process.

Wainwright is part of a team that is researching whether or not pyschosocial interventions that target resilience also reduce chronic pain. They have been undertaking a robust review of the literature, looking at all of the random controlled trials (RCTs) that have taken place.

The overall conclusion of the research was that further high quality RCTs are required (eg in different care settings). Results suggest that the strategies identified have the potential to be effective, but more knowledge is needed (eg about the effectiveness of psychological interventions in preventing conditions from becoming chronic). Wainwright plans to look at the findings to identify the following: