By Sarah Silcox on 5 Mar 2015 in Research, Occupational Health 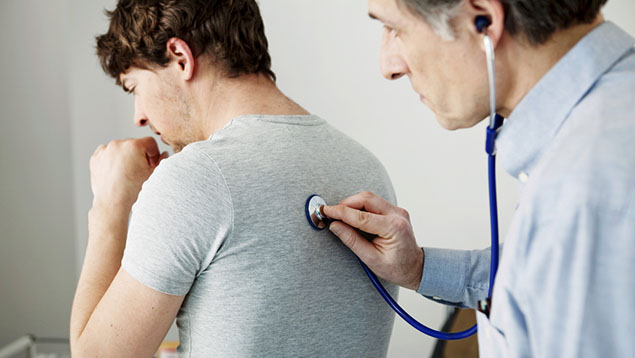 Part of a recorded fall in the incidence of occupational asthma (OA) in parts of the UK in the 21 years prior to 2011 is likely to be due to “fatigue” on the part of those responsible for submitting, according to an analysis of data taken from 1991-2011 data from a voluntary surveillance scheme. The under-recognition of OA is also a factor contributing to the apparent fall in the incidence of the condition. A decrease in the annual incidence of OA due to most causative agents (with the exception of cleaning products) was observed in the region studied (West Midlands). A marked fall in incidence due to isocynates occurred in 2004 and for latex in 1995 and most notifications came from a regional specialist occupational lung disease unit.

People whose jobs require them to do heavy lifting, or to stand or walk for prolonged periods, are at increased risk of surgery for varicose veins in the lower extremities, a longitudinal study of Danish workers finds. However, it adds that more than 60% of all cases could be prevented. Men who spend six or more hours a day standing or walking were just over three times more likely to require surgery for varicose veins, while the adjusted risk for those with high lifting exposure was 3.95. Increasing age also heightened the risk of surgery for men, but low physical activity in leisure time, smoking and a high body mass index were not associated with an increased risk of surgery in either sex.

Cognitive behavioural interventions and programmes based on relaxation techniques are effective in reducing employee burnout, but only tackle emotional exhaustion, a meta-analysis finds. The authors suggest that new types of intervention need to be developed to address other aspects of burnout, including depersonalisation and personal accomplishment.

The use of self-reported absence data is ubiquitous in most large-scale research into work-related absence. Such reports are a valid way of measuring workplace absence due to ill health, despite the fact that people tend to under-report their own absence behaviour, a meta-analysis suggests. Self-reports are generally reliable and tend to agree with employer records of absence; and the under-reporting of absence has fallen over time. Self-reporting is most accurate in the case of absence due to sickness rather than any other absence, the analysis also finds. However, the authors note that when accurate knowledge of absolute absenteeism levels is essential, the tendency to under-report could result in flawed policy decisions.

A Canadian team has developed a model protocol to reduce the negative impact of railway accidents, principally suicides, on railway workers. The protocol includes preventive actions before traumatic events occur, immediate responses at the site of the incident, interventions within the first few days after the incident and long-term support provided by both the employer and outsourced experts.

Stress at work and home

HR professionals tend to use GP “fit notes” to determine how long an employee will be off work as a result of common surgical operations and medical conditions, rather than the guides produced by medical colleges and other professions, according to a study. More than 80% of the 32 professionals taking part in the study used fit notes as a guide to time off work, while 47% drew on personal experience. A quarter were aware of medical guidelines on time off work, and 19% had referred to them in the past, although, in the majority of cases, advice was also sought from the OH department on the expected duration of absence.