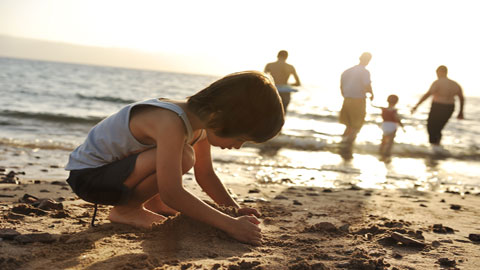 Work-life balance a combination of conflicts

Work-life balance is not a single state or continuum, but presents itself in a combination of conflicts or enrichments, according to a Finnish study of health and social care workers. For example, some people experience a high level of work-to-family conflict and low work-to-family enrichment at the same time as low family-to-work conflict and high family-to-work enrichment. These “contradictory” types had lower subjective wellbeing than other groups, but higher life satisfaction, the study suggested.

Mindfulness stress reduction programmes can be a low-cost, feasible and practicable intervention to tackle work-related stress, particularly for employees who are otherwise unable to access traditional workplace programmes, according to a study of nurses in a corporate setting. Between the baseline and the end of an eight-week programme, participants showed ­improvements in general health, stress and burnout levels.

Bazarko D et al (2013). “The impact of an innovative Mindfulness-based stress reduction program on the health and wellbeing of nurses employed in a corporate setting”. Journal of Workplace Behavioural Health; vol.28, issue 2, pp.107-133.

A lack of autonomy over decisions at work, including over how tasks are carried out or how skills are used, is associated with an increased risk of hypertension in men but not women, according to a Canadian study. Among men reporting low job control, just over a quarter were diagnosed with hypertension during a nine-year period, compared with 18% of men with high job ­control. Just over 10% of cases of ­hypertension in men were attributed to low control at work, a ­higher proportion than cases attributed to poor health behaviours such as smoking, physical inactivity and a poor diet.

“Programmes to reduce hypertension are largely aimed at changing unhealthy behaviours. But this study suggests that prevention strategies might also assess the ­potential for modifying work environments as a hypertension control intervention,” according to study leader Dr Peter Smith.

People who continue to work while managing a slow, progressive neuromuscular disease are challenged by the need to keep up appearances at work and home, and by the tension over whether, and when, to disclose their condition at work. They are also often concerned about the impact of their condition on colleagues and their work organisation, a study based on in-depth interviews concludes. As disability increases, people with a progressive condition shift their focus from the importance of workplace adjustments towards the role of considerate colleagues and, in particular, the willingness of a line manager to support job retention.

Sickness absence due to musculoskeletal disorders (MSDs) might be reduced by cutting excessive time pressures at work, maximising employees’ control and providing flexible working for those with ­severe symptoms, according to a study of 47 occupational groups in 18 countries. The study found a ­30-fold difference in the 12-month prevalence of long-term absence because of MSDs between different occupations. The variation was greater than 10-fold even among office workers carrying out similar occupational tasks. Personal risk factors include age, lower educational attainment, a tendency to somatise, physical loading at work and long-term sickness ­absence due to causes other than MSDs. However, these personal factors did not explain much of the occupational variation – long-term absence caused by MSDs was more prevalent in occupational groups facing greater time pressures at work, low job autonomy and ­adverse perceptions of the work-related nature of the MSD.

Employees with psychiatric disabilities need a combination of support to help them back into work, including training in new skills and competencies and coaching from empathetic and knowledgeable supporters, according to a review of studies published between 1990 and 2011. Ten factors were identified as influencing an individual’s ability to “get off the bench” and “onto the ice” of employment, including: an ability to fight inertia; taking control; ­encouraging peers; disruptions ­related to the illness; and a lack of opportunities and support.

Kinn LG et al (2013). “Balancing on skates on the icy surface of work: a metasynthesis of work participation for persons with psychiatric disabilities”. Journal of Occupational Rehabilitation, published online 8 May.

A decorating company has been fined a total of £45,000 and ordered to pay £36,943 in costs after exposing employees, agency staff and members of the public to asbestos material. Four employees and 14 agency staff who were working ­under the control of MJC Decorating and Refurbishing in Poole were exposed to asbestos dust and fibres while removing an insulation board ceiling over a period of two weeks. The workers carried out the work while they were wearing normal work clothes, which they wore to and from the worksite, potentially exposing the public to the material. Health and Safety Executive inspector Helena Tinton said: “The firm didn’t carry out a suitable survey for asbestos material before the work started and failed to provide protection for workers on site. This totally needless incident would not have happened if MJC had carried out a proper risk assessment”.

Paramedic compensated for assault at work

A paramedic who was assaulted by a drunken man while attending an emergency call has been compensated by his employers. The paramedic was responding to a disturbance at a chip shop in West London when he was assaulted, sustaining a broken nose and a loss of taste and smell, which cannot be recovered. Police had not been called to the scene of the disturbance, leaving the paramedic without back-up.