A third expect to be working into their seventies

By Ashleigh Webber on 24 May 2019 in Fit for Work, Wellbeing and health promotion, Occupational Health 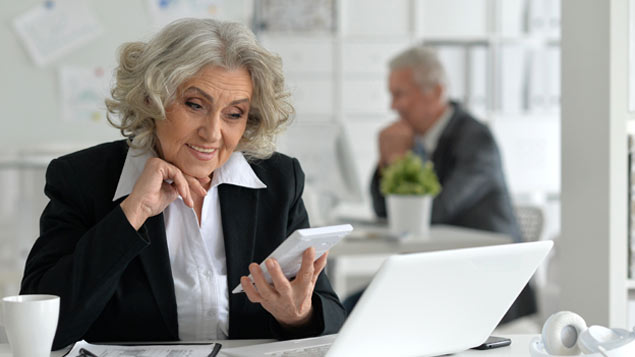 Improvements in life expectancy and the health of older workers has meant many staff expect to be fit for work past the State Pension age.

Workers anticipate they will be physically fit to work until past their 68th birthday – beyond the age they can start claiming their State Pension when it is extended to 67 by 2028. By October 2020, people will be able to start claiming it from 66.

Almost a third (31%) of staff expected to continue to working into their seventies, while one in 14 hoped they would be fit for work into their eighties, an Opinium survey of 3,000 workers found.

Men were confident they could work until 69 years of age, while women believed they would retire at 67.

Confidence in fitness to work in older age increased as employees got older, with those over 55 expecting to work until almost 73 years of age, compared with around 66 for the under-35s.

Workers in Northern Ireland were the most confident about their fitness to work in older age, with staff in the country stating that they would continue working until age 70, on average. Conversely, staff in the South West expected to retire at 66 years of age.

Donald MacLean, chief financial officer at AIG Life, which commissioned the survey, said: “Retirement has changed massively in recent years as improvements in life expectancy and health plus changes in the law mean millions are living longer and can work longer if they want to.

“It is interesting those closest to hitting retirement, the over-55s, are the most confident in retiring later and feel healthy enough on average to keep working into their early 70s.”

MacLean said it was important that staff were able to protect themselves financially if their plans to continue working as long as possible were disrupted by illness. “It is clear that we all need to think about what we want, what might happen along the way that could derail that and take practical steps to plan for the future as early as possible.”

Earlier this year the Office for National Statistics found more than a third of unemployed people aged 50 to 64 cited ill health as the main barrier to employment. Forty-four per cent had a health problem lasting or expected to last longer than a year.