By Ashleigh Webber on 25 Apr 2019 in Disability, Education, Age, Return to work and rehabilitation, Occupational Health 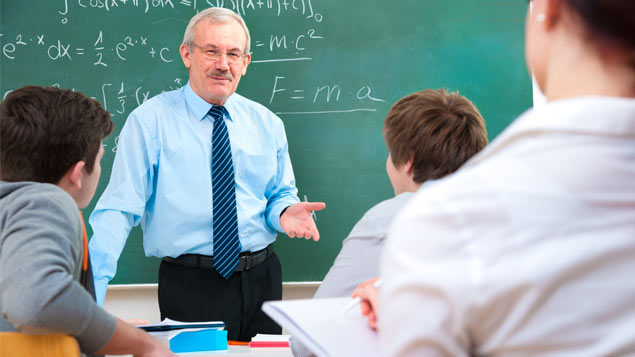 Schools and colleges have been urged to better monitor the health of teaching staff as many older teachers “risk dying in their classrooms” if they do not receive the support they need.

The warning came from Oxford-based teacher Neil Jeffery, who recently had a triple heart bypass and is planning to return to work just weeks after his surgery.

He told delegates at the NASUWT teaching union’s annual conference that the health needs of teachers are likely to increase as they get older and should not be ignored.

“My point is, the longer teachers have to work, the greater the chance there is of them ending up with unwanted body art like this,” he said, showing the conference his scar.

“We need to make sure we urge the union to monitor the incidence of serious illness amongst our colleagues, so that every single teacher who had a health event or incident, for want of a better word, gets the fabulous support they need, just as I did.

The NASUWT also urged schools to stop discriminating against older teachers and cited a number of examples where older workers had been sidelined, including headteachers telling staff over the age of 60 that it was time for them to retire.

General secretary Chris Keates said: “Instead of older teachers being valued and their contribution to the school appreciated, they are facing grossly unfair and unacceptable treatment.

“All our evidence shows a catalogue of older teachers being disproportionately placed on capability procedures, denied access to professional development, subject to excessive observation and scrutiny, having pay awards and pay progression withheld and put under intense pressure to leave their job.”

Campaign group the Centre for Ageing Better said everybody should have the support to manage health conditions while working, whatever their profession.

“With the right support from employers, like flexible working and small adaptations, more people could be helped to stay in work for longer,” said Louise Ansari, director of communications and influencing.

“We know almost a million people aged 50 to 64 years would like to work but can’t. Often, this is because of ill health or disability.

“The government must promote a joined-up approach to support health in work, particularly for slow-onset, age-related conditions, and give guidance to employers and workers on what support is available.”