By Nic Paton on 19 Dec 2014 in Musculoskeletal disorders, Occupational Health 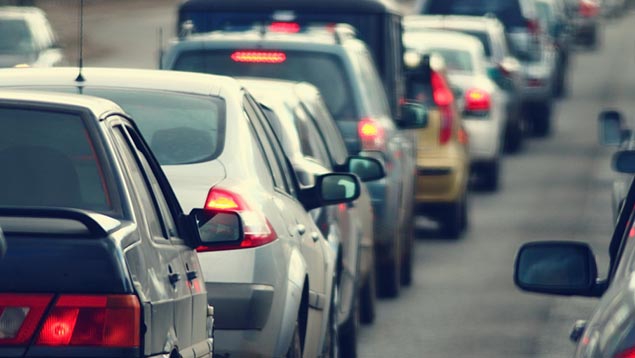 Workers who commute to work by car suffer the worst back, muscular and joint pain

One employee in five believes that their journey to work is responsible for back, muscle or joint pain, a study has suggested.

Research by healthcare provider Bupa has concluded that employees who travel by car are most likely to be affected, with almost two-thirds (64%) of drivers claiming that their commute leaves them feeling uncomfortable.

This was compared with 11% who commuted by bus and 5% by train.

Cyclists and runners were among those least likely to feel any back or joint pain, with only 6% and 5% respectively saying that they are affected by it.

Regionally, nearly three-quarters (73%) of Londoners claimed their commute contributed to aches and pains, with many blaming the lack of space encountered on London’s trains, buses and the Underground.

However, of those who did confess to suffering from back and joint pain, almost half (48%) did not consider their posture when commuting, and only one-fifth (21%) made a conscious effort to stretch their back or legs while on their journey.

The study also found that the average worker now sits or stands in the same position for three-and-a-half hours a day, highlighting the lack of movement employees often have while at work

Katherine Cran, a physiotherapist at Bupa’s Basinghall Clinic in London, said: “Commuting to and from work can have a profound effect on the body. Over time, and without the right care, this can lead to long-term joint and muscle damage.

“Incorporating physical exercise into your day, checking your posture and doing a few simple exercises can help make a real difference,” she added.