Only half feel confident enough to offer first aid if needed

By Ashleigh Webber on 12 Sep 2018 in Health and safety, Occupational Health 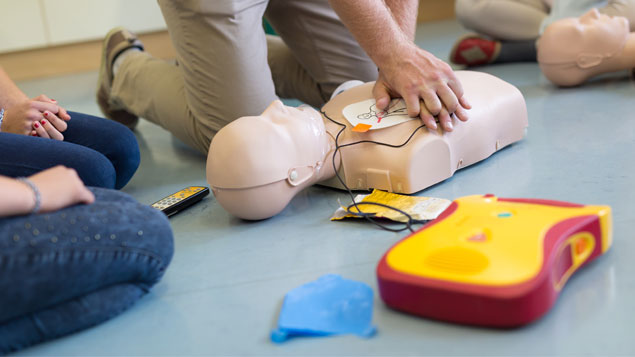 Only half of adults would feel confident about offering first aid if they witnessed somebody falling unwell, according to the British Red Cross.

What is the minimum first-aid provision required for a worksite?

Are employers legally obliged to provide all employees with first-aid training?

A survey of more than 2,000 people ahead of World First Aid Day, which took place on 8 September, found that 70% of people would worry about making the situation worse or doing something wrong if they attempted first aid.

Despite only half feeling confident enough to attempt first aid, 88% of the survey’s respondents said they would want somebody to help them if they became unwell.

Joe Mulligan, head of first aid at the British Red Cross, said: “We would all want someone to come to our aid if we were injured or ill, but the fact that so few people feel they have the knowledge and confidence to step in and help in the most serious first aid scenarios is concerning.

“The actions of the first person on the scene of a life-threatening emergency are vital. In the same way that everyone knows to call 999, it’s so important that people have the skills to act before the ambulance arrives.”

The British Red Cross is campaigning for first aid to be integrated into the school curriculum, as earlier this year it discovered seven in 10 adults would not know what to do if they found somebody who had collapsed.

The government has announced draft plans to make first aid education mandatory at both primary and secondary schools in order to increase the number of people able to assist before professional medical help arrives.