By Ashleigh Webber on 18 May 2018 in Manufacturing, Alcohol and drug misuse, Occupational Health, Wellbeing 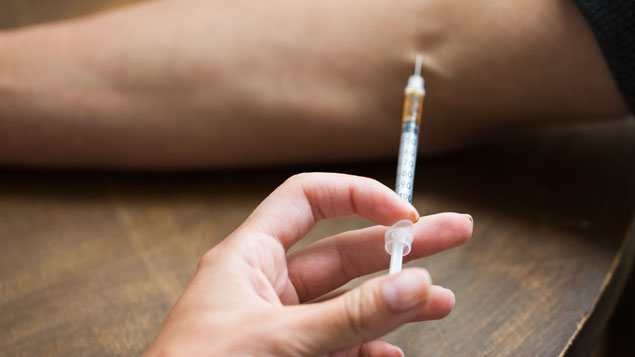 Four in 10 people believe that working alongside somebody who is under the influence of illegal drugs would make their working environment unsafe.

According to a survey conducted by drug testing provider Intelligent Fingerprinting, more than one in 10 workers have suspected a colleague of taking illegal drugs. Workers in London were particularly concerned, with 24% of staff suggesting they believed a colleague had been using illicit substances.

Despite their worries, 20% of the 1,200 employees polled had not taken any action to confront the colleague they suspected of using drugs.

Drug misuse can be a concern when it comes to ensuring health and safety standards are met and accidents avoided, according to Intelligent Fingerprinting’s business development director Dr Paul Yates.

“It is clear that drug usage not only puts the safety of individual employees at risk, but also contributes to the cumulative workplace accidents that cost the UK some £4 billion every year,” he said. “It’s particularly an issue in those sectors where drug misuse takes place in safety-critical working environments such as construction, manufacturing, logistics, public transport networks and utilities.”

Yates claimed employees might be reluctant to confront colleagues because they lacked evidence of drug-use and suggested some working environments made drug or alcohol testing impractical. For example, conducting a drugs screening urine test on a construction site is sometimes a challenge.

Yates suggested that fingerprint drugs screening, which can detect whether multiple drugs have been used, takes only a few seconds and is easier to implement than some other drug testing methods.

“It’s an ideal platform for spontaneous workplace drug screening and we know that regular random drug screening, combined with an effective drug and alcohol policy, acts as a strong deterrent to drug use in the workplace,” he added.

The Government published the results of its review into the link between work and drug and alcohol dependence in December 2016. It argued that mandating treatment would be more likely to lead to people hiding their addiction, rather than revealing it.