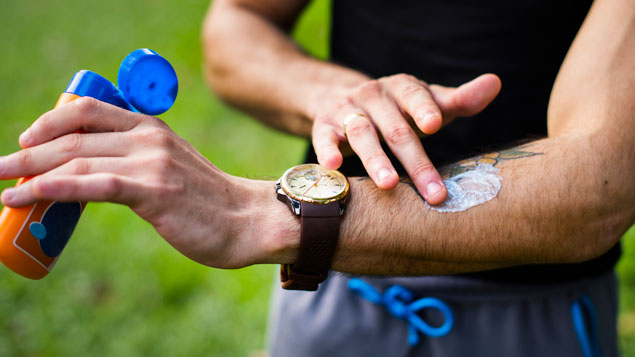 As the summer heatwave continues, insurer Aegon has highlighted that skin cancer accounted for 8% of cancer-related claims and 5% of critical illness claims it received in 2017.

In the last 10 years Aegon said it had paid out around £17.7m in claims for malignant melanomas – one of the most serious forms of skin cancer.

Simon Jacobs, head of underwriting and claims at Aegon, said that, while an increased personal awareness about the signs of skin cancer would help increase early detection, preventative action needed to be taken more seriously.

He said: “We’ve seen record levels of sunshine in the UK over the last couple of months, but given the usual climate we experience, it could be easy for some people to think that they aren’t likely to get skin cancer in the UK.

“While sun exposure isn’t the only cause of skin cancer, it’s by far the leading one. The momentum behind skin care campaigns needs to continue to raise personal health awareness so that people can take precautions and identify the signs of skin cancer early.

“It’s well known that sun cream needs to be applied to protect your skin when spending time in the sun.”

Last year a YouGov poll found almost a quarter of people in the UK did not use an SPF lotion at all.

Meanwhile, the British Association of Dermatologists (BAD) has warned that moisturisers with SPF provide less sun protection than sunscreen with the equivalent level of protection.

Using a camera that only detects UV light, researchers from the University of Liverpool found that people missed 16% of their face when applying a moisturiser with SPF on their face, compared with 11% when people applied sunscreen.

When the eyelid area – a common site for skin cancers – was monitored, 21% of moisturiser users missed their eyelids, compared with 14% of those using sunscreen.

The study also found that people did not apply moisturiser as thickly as sunscreen – therefore missing out on the full benefits of SPF.

Matthew Gass, a spokesperson for BAD, said: “Unfortunately, moisturiser with SPF just doesn’t perform particularly well in real world situations compared to sunscreen. Although it may say factor 30 on the box, this study is just further evidence that lab testing conditions for these products don’t reflect how they are used.

“Another important thing to take away from this research is that people often miss areas of their face when applying sun protection, a good way to prevent this from becoming an issue is to wear sunglasses and reapply sunscreen regularly. This should help protect the bits you miss from being exposed to excessive sun.”