Joint employer concept to be tested in High Court 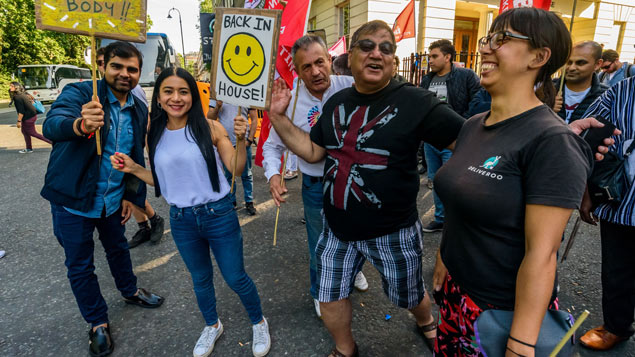 In a case that could open the door for more than 3 million outsourced workers to negotiate directly with their de facto employer, the Independent Workers Union of Great Britain (IWGB) has been granted a judicial review before the High Court.

The High Court granted the IWGB permission to review the decision by the Central Arbitration Committee (CAC) not to hear an application for trade union recognition with the University of London. It is also allowing the University of London, Cordant Security and the Department for Business, Energy and Industrial Strategy (BEIS) to intervene as interested parties.

The IWGB initially brought the landmark case to the CAC to require the University of London to recognise the union for collective bargaining purposes in November 2017. Outsourced cleaners, post room staff and other workers went on strike in April in protest at their inferior rights.

IWGB president Henry Chango Lopez said: “The fact that vast swathes of the establishment, including the government, are joining forces to try and defeat our challenge is further proof of its importance.

“As a former University of London outsourced worker, I am keenly aware of the truth behind the fiction of outsourcing. It is no more and no less than a way to deny workers their rights, and it is about time we cleaned it up.”

Good Law Project founder Jolyon Maugham QC said: “There are many ways bad employers dodge the cost of workers’ rights and outsourcing can be one of them. The treatment of workers with modest bargaining power and little influence can be hidden from view, but it shouldn’t be hidden from the law through the use of faceless outsourcing companies.”

The law to date has only allowed workers to collectively bargain with their direct employer, in this case facilities management company Cordant. If successful, the test case would open the door for 3.3 million workers to collectively bargain with their de facto employer as well as their direct employer, introducing the concept of a joint employer to UK law.

Adam Grant, partner at law firm Wedlake Bell, said: “The concept of joint employers would erode the key benefits of outsourcing, namely engaging a third party specialist to manage services, staff and costs on their behalf.

“If the changes were implemented, the end client would be required to take a much more active role in managing the outsourced workers, be exposed to potential claims and see its costs significantly increase – a very unattractive proposition.”

The IWGB is arguing that denying the outsourced workers the right to collectively bargain with the university, which is their de facto employer, is a breach of article 11 of the European Convention on Human Rights. It has also been granted permission to judicially review a CAC decision to not hear an application for trade union recognition with contract company Cordant Security.

The High Court has, however, denied the IWGB union protection against costs, meaning that if it loses it could be liable for the legal fees of the CAC, Cordant Security, the university and BEIS. The union has today launched a crowdfunding campaign to attempt to cover this cost.