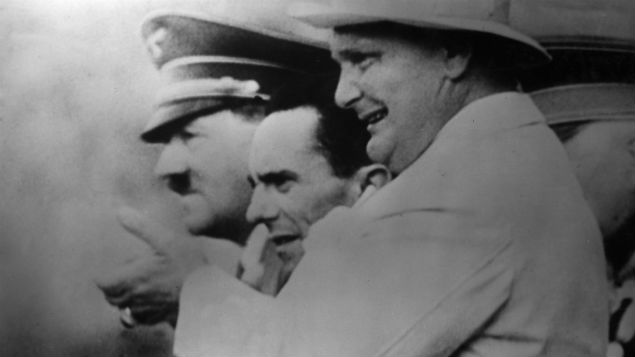 Smart drugs for enhancing performance have a long history. Amphetamines were used in the Berlin Olympics in the 1930s, and taken by Nazi leader Adolf Hitler, seen here at the games. Hitler himself took the drugs. The Art Archive/REX/Shutterstock

Smart drugs have been pushed as a way to improve workplace performance, but what are the risks and do the drugs actually work? Dr Paul J Nicholson opens the lid on the issue.

Compared to the average occupational health professional who cares for an adult working population, a university student is more likely to be aware of what “smart drugs” are. That was the case for me prior to colleagues working in higher education requesting that the BMA Occupational Medicine Committee developed guidance for OH professionals (Nicholson, 2015).

Although the term smart drugs is new, they have a long and chequered history. The decongestant inhaler Benzedrine (amphetamine) entered the market in the 1930s. Its wider effects were soon realised, with its use being reported at the 1936 Berlin Olympics, where countries that manufactured the drug excelled in the medals table.

During the Second World War, the German military alone shipped more than 35 million Pervitin (methamphetamine) tablets to their troops in just four months in 1940. Hitler himself was regularly administered amphetamine by his personal physician, Dr Theodor Morrell.

In the US in the 1960s, Dr Max Jacobson (nicknamed Dr Feelgood) prescribed amphetamines (which were then legal) to president John F Kennedy and many celebrities to cope with gruelling schedules or as an appetite suppressant.

The US military continues to provide dexamphetamine to military personnel as “go pills” and sleeping pills as “no-go pills”, while NASA provides caffeine and the wakefulness drug modafinil to astronauts, as well as sleeping tablets.

Go pills hit the news in 2003 when associated impaired judgement was implicated in the friendly-fire deaths of Canadian troops in Afghanistan (Burkeman, 2003). In literature, James Bond and his adversary Le Chiffre in Casino Royale used Benzedrine, while, more recently, the movie and subsequent TV series Limitless were based on a fictitious miracle neuroenhancer.

What are smart drugs?

You will be forgiven for wondering what this has to do with the innocuous-sounding term smart drugs. In fact, quite a lot, since the most commonly used smart drugs (pharmacological cognitive enhancers or nootropics) are the class-B controlled drugs dexamphetamine and the mixed amphetamine salts Adderall and methylphenidate (Ritalin) and the prescription-only medicine (POM) modafinil and its isomer armodafinil.

In the case of amphetamines and Ritalin, especially in the US, where attention deficit hyperactivity disorder (ADHD) is more often diagnosed, the drugs are “diverted” to other students by peers who are prescribed the drugs to treat ongoing ADHD.

Modafinil can be obtained easily without prescription and over the internet from countries that may not have the same pharmaceutical manufacturing standards and regulations as the UK.

While not classified as a stimulant, modafinil does have similar properties – it has psychoactive and euphoric properties; therefore, in the US, it is a schedule-IV controlled drug. Some specialists prescribe modafinil off-license for patients with multiple sclerosis or severe depression.

Several POMs, including anti-cholinesterase inhibitors are prescribed to ameliorate some of the symptoms of dementia. At least one of these POMs – galantamine – is readily available as a “lucid dreaming pill” from an online retailer that most of us will have used to buy books, CDs and other goods.

The rising popularity of the “Dark Web”, which offers access to contraband, is changing the way young people are taking drugs, with the digital drug revolution sweeping across UK campuses (Fullerton, 2017a).

What is the evidence of misuse?

The reason that this topic is not generally understood among OH professionals and employers more generally is that we don’t know the extent of misuse among adults. A poll of Nature readers identified that one in five respondents had used a smart drug, mostly to improve concentration and focus, but other reasons included partying, house cleaning and to counter jet lag.

Methylphenidate was most commonly used (62%) followed by modafinil (44%) and beta-blockers (15%). Half of users reported unpleasant side effects, hence some discontinued use, and one-third of drugs were bought over the internet (Maher, 2008).

A survey of German-speaking surgeons attending conferences in 2011 enquired about use of drugs as cognitive enhancers; lifetime use was 20% using an anonymous randomised response technique (Franke, 2013). The most common prescription stimulants used were amphetamine, methylphenidate and modafinil.

As noted with friendly-fire incidents, apart from the risk of dependence, a key concern is the overestimation of personal capability associated with these drugs. There is no information for other occupations or the general working population. Use is most understood among students, with reports of increasing use over time, and as many as 26% of UK university finalists using modafinil, with 49% purchasing online (Fitsimons, 2014).

According to an article in the Harvard Business Review, “we can expect these pills to feature prominently in organisations (if they don’t already)” (Cederström, 2016). It notes that the pressure to perform is unlikely to disappear the moment students graduate.

In the UK, many employers of choice seek to recruit and retain the best talent – often from the best universities. It is very easy to imagine that students who have taken smart drugs once they enter the world of work will feel pressure to compete against their peers for the best results and to improve their chances for career enhancement – throughout their careers.

Additionally, with about 20% of the labour force working shifts, it would also seem reasonable to consider this group to be a population at risk of resorting to such drugs, particularly the wakefulness-promoting agent modafinil, which is licensed in countries such as the US and New Zealand for use in shift work sleep disorder (SWSD).

However, in New Zealand, one of the key messages is that treatment should be initiated and supervised by physicians with experience in sleep disorders (neurologists or respiratory physicians) (Medsafe, 2011).

What are the risks?

Before we consider the risks to health, we must not overlook the legal risks. Users may not be aware that modafinil is a prescription-only medicine and that dexamphetamine and methylphenidate are class-B controlled drugs subject to the Misuse of Drugs Act 1971 and the Misuse of Drugs Regulations 2001, with penalties for possession of up to five years in prison, or an unlimited fine, or both.

Among adults, up to 88% of methylphenidate adverse side-effects have been attributed to off-license use (Trenque, 2014). A meta-analysis reported that such side effects of methylphenidate were reported even in mostly single-dose studies, and that in 12 similar laboratory studies for modafinil, some test subjects reported adverse reactions, primarily headaches, dizziness, nausea, abdominal pain, dry mouth, increased frequency of urination, palpitations, nervousness, restlessness and sleep disturbances and, especially in studies with sleep-deprived individuals, insomnia (Repantis, 2010a).

Responsibly, the authors of the meta-analysis concluded that since the majority of the studies were short-term and single-dose studies, no comment can be made on dependence development or drug tolerance in healthy individuals (Repantis, 2010a).

This contrasts with a later review that referred to “astonishingly few side effects in these controlled environments” (Brem, 2015) even though many of the primary studies reviewed were the same as in the Repantis meta-analysis. This led to the egregious headline that “Modafinil is the world’s first safe smart drug” (Thomson, 2015).

Only a year earlier, a Cochrane review concluded that modafinil and armodafinil are associated with adverse effects (Liira, 2014). As is commonly the case for any POM, the manufacturer’s data sheet describes a range of reported side effects for modafinil, but also warnings and precautions to discontinue use in the event of serious rash, including Stevens-Johnson syndrome, angioedema, anaphylaxis, multi-organ hypersensitivity and psychiatric symptoms (Cephalon, 2015).

Almost half of all the adverse events reported for modafinil appear to be related to use outside of the approved indications (European Medicines Agency, 2011).

In January 2011, the Committee for Medicinal Products for Human Use concluded that the benefits of modafinil could only be considered to outweigh the risks when used to treat excessive daytime sleepiness associated with narcolepsy.

The committee concluded that the benefit/risk profile was not adequate for other indications, such as obstructive sleep apnoea, SWSD and idiopathic hypersomnia, and recommended that these be removed from the product information sheet (European Medicines Agency, 2011).

Generally speaking, proponents of POMs as smart drugs are not medical practitioners and they look mostly at the evidence in human guinea pigs performing laboratory tests. We could question the validity of some of these tests in relation to real people doing real jobs in the real world, but the real issue is one of methodological aptness.

Reliable information about drug safety does not come from single-dose laboratory studies, but depends on information from clinical trials, prolonged-use studies, manufacturer’s data sheets and adverse event reporting schemes data. Potentially, it endangers the health of the public to make statements about safety without reference to the appropriate evidence.

In occupational groups who have to perform complex tasks, we must really consider the risk that induced overconfidence might outweigh the performance-enhancing benefit of being helped to stay awake.

It is not only a case of deciding too quickly if a tank belongs to the allies or to the enemy. Would you want to be a passenger on a plane where the pilot thinks he can land in adverse weather when he really ought to delay or divert, or would you trust an overconfident surgeon to perform your bypass surgery?

No research has been published supporting or refuting the use of dementia medications (acetylcholinesterase inhibitors and memantine) for neuroenhancement of healthy individuals (Repantis, 2010b).

A robust systematic review of (mostly single-dose) laboratory studies reported that methylphenidate can improve memory in healthy volunteers (especially spatial memory), but there is no consistent evidence for other enhancing effects (Repantis, 2010a).

Subsequent small studies have reported negative effects on performance, including significantly slower reaction times to sentence completion tests (without enhancing accuracy of performance) (Mohammed, 2014a) and reduced divergent thinking or creativity (Mohammed, 2014b). These later studies suggest that, rather than being a cognitive enhancer, modafinil might have negative and subtle effects on creativity.

Overall, it has to be said that the research is confined to experimental studies involving small numbers of subjects and usually single-doses and laboratory tasks as opposed to real-world tasks.

Some findings observed in one study have not been assessed in other studies; elsewhere, some findings are contradictory.

Any improvement may be related to baseline capacity – it may be that smart drugs improve people at the lower end of the spectrum but it is unlikely that cognitive performance can be improved in highly performing individuals. Moreover, improvements in one cognitive function may be offset by impairment in others.

It is often the case that anticipated results motivate use, hence given the prevailing myths, misinformation and publicity, it is unsurprising that many report that expectations exceed actual enhancements.

Solutions lie at organisational and individual levels. Employers must recognise the importance of good work organisation, including shift schedule design and length of shifts. For employees, it all comes down to common sense and going back to basics. Healthy lifestyles ensure good health and may help to prevent or reverse cognitive decline. Examples of healthy lifestyle principles include:

No difference in effect was found by the trials comparing caffeine with other interventions – for example, napping, bright light and modafinil– although the trials had some methodological weaknesses.

What should we do?

Measures recommended for health professionals who care for working people include:

Mohamed AD (2014b). “The effects of modafinil on convergent and divergent thinking of creativity: a randomized controlled trial”. Journal of Creative Behaviour, vol.50, pp.252-267.