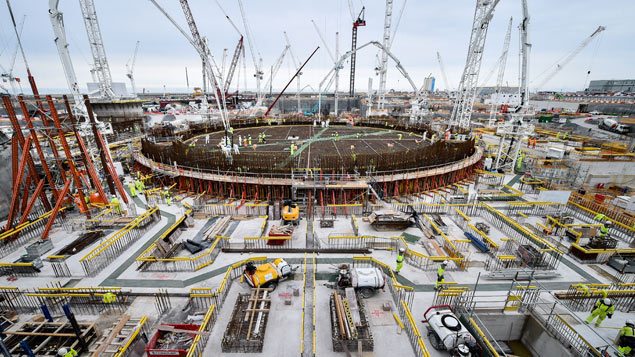 There has been a surge in the number of workers on the Hinkley Point C construction project who are grappling with a mental illness or have attempted suicide, it has been claimed.

There were 10 suicide attempts in the first four months of 2019, a report in the Guardian suggested, with at least one worker connected to the project – the biggest since the second world war – understood to have taken their life since construction began in 2016.

“Here at Hinkley Point C we are determined to take practical steps to help workers, as well as tackle the stigma surrounding mental health. It’s as important to us as dealing with industrial safety – Hinkley Point C construction director Rob Jordan.

The Unite union said the main contributing factors to poor mental health at the site appeared to be loneliness, relationship break downs and workers sometimes being hundreds of miles away from their families. Workers on the project live in campuses in Bridgwater and some work as many as 11 days on with three days off, the report claimed.

“Hours are often long and workers often don’t have a healthy diet. The short-term nature of employment and the constant changing of employers is a factor in the suicide rate, as is the industry’s macho culture which means workers are unwilling or unable to discuss their feelings.”

EDF Energy, the company running the project, disputed the figures and said that there has been one suicide in the 8,000 staff who have worked on the site.

It said poor mental health is a significant issue in the wider construction industry. There were more than 1,400 suicides among construction workers between 2011 and 2015, according to the Office for National Statistics.

Male construction workers are three times more likely to commit suicide than the average UK male. They made up 13.2% of the in-work suicides recorded between 2011 and 2015, despite representing only 7% of the workforce.

EDF has trained 200 mental health first aiders to recognise the signs of mental ill-health and signpost people to help, while “time to talk” rooms have been introduced as private spaces for conversations to take place. Managers have also received mental health awareness training.

Hinkley Point C has a medical centre with staff trained in mental health issues to support the 4,000 workers on site, and staff have access to mental health resources on its website and app.

The project’s construction director Rob Jordan said: “Mental health is a serious problem in the construction industry and for many years not much was done to help people suffering from it .

“Here at Hinkley Point C we are determined to take practical steps to help workers, as well as tackle the stigma surrounding mental health. It’s as important to us as dealing with industrial safety.

“From my experience of the construction industry, both here in the UK and overseas, I know that we are doing more to tackle the issue of mental health than on any other project.”

Malcolm Davies, who led talks to get mental health at the top of the project’s agenda, said: “Construction is a very macho industry. We have the highest amount of mental health issues of any sector. People can be very upset over something but they won’t tell you.”

“Men are doing very physical work, with manual handling of heavy objects every day and if you’re the big bloke and you say you can’t cope or you are seen crying you get ridiculed.”