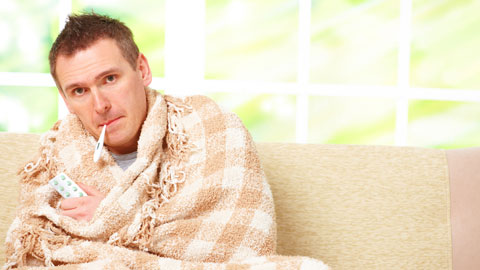 The Government has pledged to establish a new national health and work assessment and advisory service by the end of next year at the latest, in a move that promises to bring profound changes to the profile and prominence of occupational health.

The creation of the service was outlined in January in the Government’s long-awaited response to the 2011 report “Health at work – an independent review of sickness absence” by Dame Carol Black, then national director for health and work, and David Frost, then director general for the British Chambers of Commerce.

It will be run by an external provider, with a tendering process set to start early this summer and a contract expected to be awarded by the end of the year.

The Government said it anticipated the service will require between 330 and 740 OH professionals and between five and 10 physicians specialising in OH and/or vocational rehabilitation. There will also be demand for the equivalent of between 240 and 1,300 full-time healthcare professionals to provide interventions such as physiotherapy, talking therapies or workplace mediation, it added.

“The service will increase the demand for healthcare professionals. We will continue to keep market capacity under consideration as we refine the service delivery model and what roles professionals play in it,” the report said.

It is clear that OH professionals will be at the heart of the new service, delivering state-funded assessments of employees who are off sick for four weeks or more.

The report said: “At the core of the service is the requirement that GPs will refer patients who have been on sick leave for four weeks, unless there are clear and well-defined reasons for not doing so. We will also be exploring whether or not the computer-generated fit note could offer a suitable vehicle to do this.”

Other announcements included the extension of the telephone and web-based OH advice service pilots for another year. These were due to finish next month but will now run until March 2014.

The six Fit for Work pilots in England and Wales, however, have not had their funding extended, and a final report on them is due to be published later this year. Both models are likely to be incorporated, in some form, into the new advisory service. The Government has also pledged to publish new fit-note guidance “shortly”.

However, there was disappointment for those who have been lobbying for tax breaks to encourage employers to invest in medical treatment or vocational rehabilitation, which the Frost/Black report had recommended.

The report argued the idea that “all expenditure on medical treatment or vocational rehabilitation for basic-rate taxpayers should attract tax relief” was “too broad”.

But it added: “The introduction of an assessment and advisory service gives us the opportunity to consider whether a more targeted relief focused on the cost of interventions recommended by the service, or an alternative approach based on the allowable business expense regime, would be effective in encouraging employers to provide greater support and provide greater value for the Exchequer.”

It said a decision would be announced in next month’s Budget. But the report confirmed the existing tax relief on employee assistance programmes would be retained, as recommended by the review.

Initial reaction (see below) was positive, although questions remain about the capacity of the profession to rise to the challenge and how the new service will be funded, sustained and delivered.