By John Eccleston on 30 Jan 2013 in Employment law, Recruitment & retention 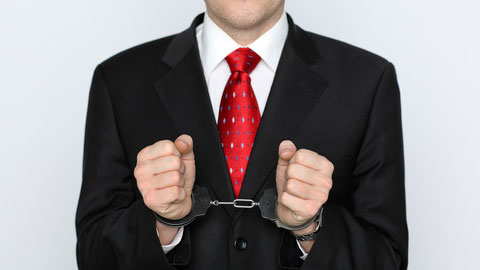 The Government is set to challenge a Court of Appeal ruling that it is a breach of human rights to require people to disclose criminal convictions to certain employers.

The ruling could mean jobseekers in England and Wales would not have to disclose their criminal records when applying for certain jobs.

A number of Acts currently cover employers’ rights to carry out background checks on applicants. The Police Act 1997 allows employers to make criminal record checks before recruiting an applicant, to see if they are suitable for the job.

Under the Rehabilitation of Offenders Act 1974, criminal convictions, cautions, warnings and reprimands in respect of certain offences are deemed to be “spent” after specified periods of time. Once a conviction is spent, the person is treated as if he or she had never committed the offence and it does not need to be disclosed to an employer.

However, the same Act also provides that some sentences never become spent, including sentences of imprisonment, youth custody or detention in a young offender institution for a term exceeding 30 months.

In addition, under the Rehabilitation of Offenders Act 1974 (Exceptions) Order 1975 (SI 1975/1023) it is lawful for employers to ask about spent convictions and to reject applicants on the ground of a spent conviction if the role involves contact with children or vulnerable adults.

The Court of Appeal ruling centred on three cases of job applicants who, under the current system, had been required to disclose details of convictions and warnings they had received in 2001, 2003 and 2008 respectively.

Focusing on one of these cases, in which a 17-year-old job applicant was required to disclose police warnings he received at the age of 11 for the theft of two bicycles, the Court ruled that the current system is disproportionate.

Stephen Simpson, XpertHR senior employment law editor, said: “It’s hard to disagree with the first appellant’s argument that a single offence committed at the age of 11 should have no bearing on his suitability for a job years later. Similarly, the second appellant was cautioned for a minor shoplifting offence, which, under the present rules, allowed her prospective employer to decide that she was unsuited to ever work in the care profession.

“However, the Court of Appeal not surprisingly takes the view that some offences (for example, manslaughter in the third appellant’s case) are so serious that they should never be regarded as irrelevant to an employer’s recruitment decisions.

For full coverage of the ruling, visit XpertHR.

XpertHR also has a quick reference guide on carrying out criminal record checks.