Unfair dismissal on health and safety grounds of long-serving employee 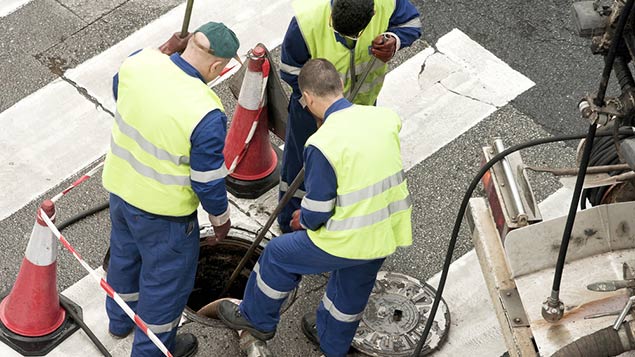 In DLA Piper’s latest case report, the Court of Appeal considered the familiar question of when an employment tribunal can find an employer’s misconduct dismissal to be unfair, and in what circumstances that finding can be successfully challenged on appeal.

Employee who leapt from crashing truck was fairly dismissed

Mr Newbound had been employed in sewer maintenance by Thames Water for 34 years.

Before an annual inspection of a sewer, he and his manager agreed to use breathing apparatus feeding air from above ground.

They went through the safe system of work form, SHE4, which applied to more complex tasks. The SHE4 was a new document and stipulated that breathing apparatus must be used.

Mr Newbound worked alongside Mr King, a contractor, and Mr Andrews, “the competent person in charge”, who was responsible for safety.

While on site, Mr Newbound, Mr King and Mr Andrews discussed whether or not they needed the breathing apparatus and, following a gas test, took the view that they did not. This subsequently came to the attention of Mr Newbound’s manager.

Following an investigation and disciplinary procedure, Mr Newbound was summarily dismissed for gross misconduct. However, Mr Andrews received only a written warning, on the basis that he was less experienced and had shown more remorse.

The employment tribunal found that Mr Newbound had been unfairly dismissed, holding that the decision was not within the band of reasonable responses. The tribunal highlighted the difference in treatment between Mr Newbound and his colleague.

Thames Water appealed. The Employment Appeal Tribunal (EAT) found that the employment judge had failed to consider the gravity with which Thames Water viewed the misconduct in question.

The EAT said that the judge had substituted his view of the circumstances, rather than considering whether or not Thames Water had acted reasonably. Mr Newbound appealed to the Court of Appeal.

The appeal was allowed by the Court of Appeal and the tribunal’s unfair dismissal decision restored.

The Court of Appeal emphasised that it was for the employment tribunal to determine the facts, and its decision should be overturned only where there is an error of law or the decision is perverse.

The Court of Appeal considered some of the long-established tests for unfair dismissal.

Once an employer has shown the reason for dismissing an employee, the tribunal must then decide whether or not the dismissal for that reason is fair. The answer to that question depends on whether or not, in the circumstances (including the size and administrative resources of the employer’s undertaking), the employer acted reasonably or unreasonably in treating that reason as sufficient for dismissal.

When considering whether or not a dismissal is unfair, a tribunal must also ensure that it does not substitute its view for that of the employer.

The Court of Appeal noted that, while the “band of reasonable responses” has been “a stock phrase in employment law for over 30 years”, the band “is not infinitely wide”.

On the issue of disparity of treatment, the Court of Appeal had to consider whether or not Thames Water had treated similar incidents less seriously and two employees involved in the same incident were treated differently.

When reviewing the employment tribunal’s decision, the Court of Appeal regarded the following as being crucial:

The Court of Appeal was satisfied that the employment tribunal had applied the correct test and could conclude that dismissal was not within the band of reasonable responses open to Thames Water, particularly given the disparity in treatment between Mr Newbound and Mr Andrews.

There is often a perception that employers will be given significant latitude to decide whether or not dismissal is appropriate where there have been breaches of health and safety rules.

This case highlights that such latitude will only go so far, and also clearly shows the importance of consistent treatment of employees who commit the same offence.

Many employers will be sympathetic to Thames Water’s situation in trying to uphold its health and safety duties and safeguard its staff working in hazardous conditions. However, the employment tribunal’s reasoning highlights the need for new procedures to be accompanied by a proper “launch” and appropriate training, and their significance should always be communicated effectively to employees.

Clare Gregory is a partner in the employment team in the Sheffield office of DLA Piper UK.
View all posts by Clare Gregory →
Previous Article
Next Article