Will the Government’s new national sickness-absence service take off? 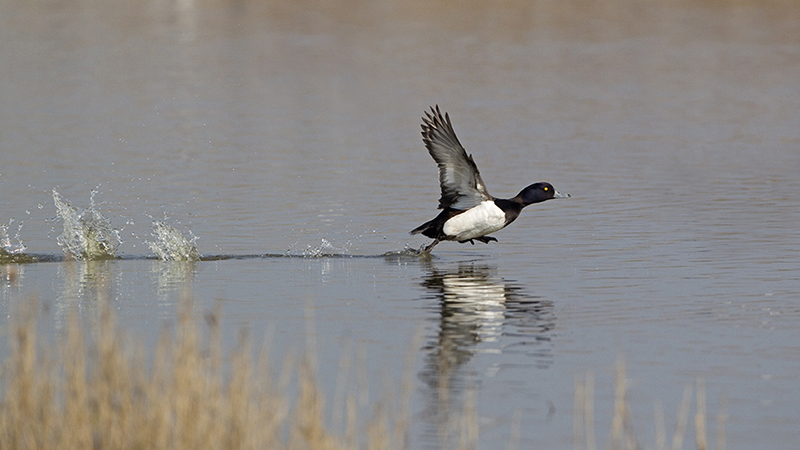 Awareness of the forthcoming Health and Work Service is very limited, even among health professionals never mind the general public. Nic Paton summarises concerns about a lack of understanding and looming deadlines.

Dawn Veal, OH nurse specialist at Devon-based pharmaceuticals company Perrigo, works in a relatively rural area, and so frequently liaises with the two main GP practices within 10 miles. Recently, she spoke to the manager of her local GP practice, which revealed a knowledge gap.

“I mentioned to him about the Health and Work Service [HWS] and he looked at me completely blankly. He, a GP practice manager managing a team of 10 GPs, did not have a clue what I was talking about,” she said.

Such is the scale of the awareness-raising challenge facing whoever is passed the ground-breaking opportunity/poisoned chalice (delete as appropriate) of taking on the Government’s new HWS.

By the time this article is published we hopefully should know who has been awarded the plumb £170 million, five-year contract to run the new service. An announcement was widely expected in May but, as Occupational Health was going to press, that had not happened – amid rumours that the Department for Work and Pensions had delayed the process for a number of weeks to allow time for more tenders to be submitted.

The increasingly challenging time frames for the delivery of the service – with pilots set to be starting this autumn – are a growing worry within the OH community. In addition, there are concerns about exactly where the people to run and lead this new service are going to be found in sufficient quantity and of a sufficient quality.

There is also a nagging fear developing about the potential damage to the image and reputation of OH as a whole if this new service proves to be a disaster. A leading OH practitioner – off the record – told Occupational Health: “There are just so many things that can go wrong, that is the problem. One bad event can outweigh all the thousands of good ones. I think the risk of a ‘car crash’ is quite high.”

Of course, you would be hard pushed to find anyone in the profession who objects to the idea of the new service in principle, yet the optimism always seems to be accompanied by caveats. As well as the worries about the timings, at the heart of the profession’s concerns are two interlinked issues: who will be delivering it and what will be the quality of that delivery?

Dr Olivia Carlton, president of the Faculty of Occupational Medicine, emphasises that it is vital that the new service “be delivered by appropriately trained and qualified professionals and adhere to high standards of practice”.

The emphasis the Government’s tender document (see Health and Work Service – what we know so far) has put on the successful provider being Safe Effective Quality Occupational Health Service (SEQOHS) accredited is “reassuring”, she says. But the Government’s ambitious hopes are founded on achieving access to qualified professionals, and the feasibility of this is raising eyebrows.

As Veal puts it: “There are not enough of us for the roles that currently exist, and they are going to have to be employing a fair chunk of OHNs to perform this role. If it is going to cover the whole of the UK, and all SMEs [small and medium-sized enterprises], it’s going to need at least 200 people, you would have thought. I’m just not sure where those extra nurses are going to come from.”

She adds: “From the beginning, I’ve felt a service like this would have been far, far better delivered via a network of OH nurses around the country, a bit like community nurses, and serving a specific area or region. So they would be able to engage and work with GPs, raise education and awareness and gain a deeper understanding of the local needs and dynamics of that region.”

A further worry is how the new service will collaborate with existing OH providers. Veal says: “I don’t think I’m alone in thinking I’m likely to take a bit of umbrage from someone who has not got experience of either my business or my employees, or who is not qualified in the role, telling me how to do my job. It is not clear how the service and existing OH services are supposed to work alongside each other.”

The sheer scale of complexity of modern-day working life raises the matter of you how canever have an effective one-size-fits-all national workplace health service, worries Professor Sayeed Khan, chief medical adviser at the manufacturers’ organisation EEF.

“In principle it is a good idea, especially for SMEs; it could be really helpful for the SME community. But the devil is going to be in the detail – and the fact is there has not been enough information so far; there has not been enough awareness raising among GPs, employees or employers. It takes a long time to get these things embedded, with GPs, with community health, even just with the public. So I think awareness raising is potentially a big problem,” he says. “Is it, too, really going to be able to deal with everything from an offshore rig through to a cornershop, from a fracture through to a terminal illness?”

For Lindsey Hall, of OH consultancy Split Dimension, the staffing issue is the biggest stumbling block. He says: “There are not that many of us with occupational health experience and qualifications, and I do not know anybody who is sitting around twiddling their thumbs waiting for the phone call. So I think staffing is going to be a huge issue.

“Whoever wins the tender is going to have to pay to recruit a lot of people; and that is potentially going to take a huge chunk of people out of OH, who provide services to organisations. If we’re talking hundreds, which we feasibly might be, that could start a bidding war on salaries, which could of course be quite good.

“But this is not really an OH service, it is an absence service. It’s not going to offer ‘proper’ OH, things such as dealing with workplace risk, health surveillance and so on. There is a danger people begin to think that’s all occupational health is about, getting people back into work.”

Another issue that is unclear is whether or not the organisation providing the service will later be able to promote their own OH service commercially to the employers using the HWS. This could give that provider a massive competitive advantage.

The potential knock-on effect on OH providers is another concern. The consensus appears to be that most big employers already investing in bespoke OH services will not drop an established, tailored service in favour of something more generic, even if it is free. But it is less clear if the HWS could adversely affect smaller players focused on the SME end of the market, which is the major target of the new service.

Geny Foster, managing director of Medigold Occupational Health and chair of the Commercial Occupational Health Providers’ Association, says: “We support the idea, and have supported the concept, but there are concerns around how it is going to play out, because we still do not know a lot of detail.

“We do know there are smaller members in particular who are concerned it may end up targeting their client base. But it could also help in terms of improving and making relationships with OH providers.”

Dr Steve Iley, medical director, occupational health, at AXA PPP healthcare’s Health Services division, says: “I would absolutely agree that the level of misunderstanding about the service is much higher than most of us anticipated, and certainly among those outside the profession.”

“Even among large corporate clients, there does not appear to be a lot of awareness about what is coming. And if a large corporate HR department doesn’t know, you have to assume the problem is even greater among SMEs.

“Many GPs are only just getting to grips with the fit note. So I do agree it is an ambitious timeline. The technical detail about the service and what it can deliver is also really low. Only people in the profession, and even then only if they have spent some time going through the tender documents, have an actual understanding of how it works,” he adds.

It’s probably unfair to write something off before it has even launched, and the hope is the HWS will be a success and will be able to offer support to employers and employees alike. The aim is that it will offer something of real value to individuals and businesses that have never had access to anything like this before. But the danger, as Veal highlights, is that if it does all turn sour, what will be the potential wider reputational damage to OH as a whole?

She says: “If it develops something of a reputation it could eradicate all the good work that OH has done; if it is bad it could really end up damaging the credibility of occupational health.

Health and Work Service – what we know so far

The Department for Work and Pensions (DWP) has issued a tender document for the Health and Work Service (HWS) that outlines, in detail, what will be expected of the provider (or providers) that win the contract.

The contract, valued at £170 million, will run for approximately five years, starting from June 2014. It will encompass England and Wales, with the Scottish Government responsible for the delivery of an HWS in Scotland.

Its aim is to “provide occupational health assessment and advice nationally across England and Wales”, funded by the abolition of the statutory sick pay percentage threshold scheme. The service’s primary aim will be to intervene at the fourth week of absence threshold, “rather than having a role in ongoing advice and assistance for longer-term absences”.

The service will be expected to take a biopsychosocial approach, one “work-focused and deliverable” and delivered by “appropriately qualified professionals”. It will need to be easy to use, nationally available with consistent standards and “tailored to individuals using a case management approach”, the Government has said.

It is anticipated the service will have approximately 300,000 web hits and 8,000 interactions per year, and will provide an assessment service for between 229,000 and 457,000 employees per year.

The advice service (website and phone line) will need to be available by no later than 31 October 2014, with the assessment service rolling out gradually between October and January 2015, with a full rollout to be completed by April 2015.

The contract will encompass set-up costs (a proportion of the first year’s budget), a monthly service fee paid in arrears and output payments for each employee discharged.

The assessment service will offer a stepped approach, including face-to-face, case management and the development of a return-to-work plan. The advice service, conversely, will provide web and phone support to GPs, employers and employees.

Access to the advice service will not be dependent on the length of sickness absence, and will be available to, or relate to, individuals who are not currently off sick or who have been sick for short periods.

The Government is ideally seeking a single supplier to deliver both the assessment and advice elements, which will have a particular focus on musculoskeletal and mental health conditions.

The service will be expected to be offered as a minimum between 9am and 5pm Monday to Friday, excluding public holidays, although an out-of-hours protocol will need to be developed. There will also need to be provision for face-to-face assessment within 90 minutes’ travel for the employee.

The Government has also recognised the quality of assessment by health professionals (HPs) is likely to be “fundamental” to the success, or not, of the new service.

2 Responses to Will the Government’s new national sickness-absence service take off?