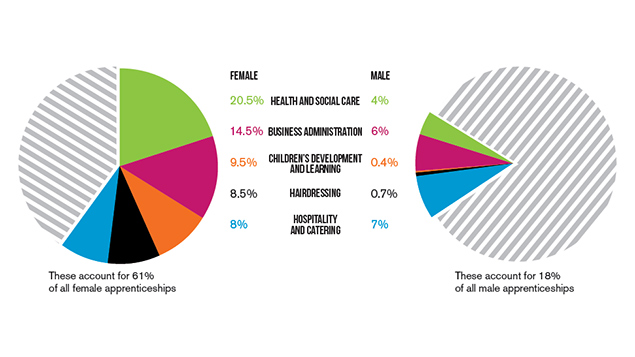 Young women are more likely to be not in education, employment or training (NEET) than their male peers and more likely to be NEET for longer. The situation has also barely changed in a decade, according to a new report published today.

Many women aged between 18 and 24 are out of work because the advice, training and support they receive has them competing for a limited number of poorly paid jobs, according to the Young Women’s Trust report, Totally Wasted? The Crisis of Young Women’s Worklessness.

Youth unemployment: is training and development part of the problem or the answer? (webinar)

Female NEETs cost the Government an estimated £926 million per year in lost tax and benefits provision, and £2.6 billion in lost productivity. Yet 95%, according to a poll of 859 NEETS conducted by ComRes, say getting a paid job is important to them.

Carole Easton, chief executive of Young Women’s Trust, said: “Young women who aren’t in employment, education or training are in a worse situation than any other group of young people. They feel stigmatised but also stuck in their situation because there’s little support and few opportunities for them to do what they want to do: work.”

She added that better careers advice, feedback on job applications and interviews, and the provision of other support can boost self-confidence. “It is imperative that we don’t allow another decade to pass without taking urgent action for young women’s sake and for society as a whole.”

According the survey, female NEETs are three times more likely than male NEETs to have been told by careers advisers to consider becoming care workers, nannies, nurses or hairdressers. Men are at least six times more likely to be told to think about working in IT, construction or the plumbing and electrical trades.

This is despite there being approximately two job opportunities for every qualified construction worker and five qualified practitioners chasing each job in hair and beauty.