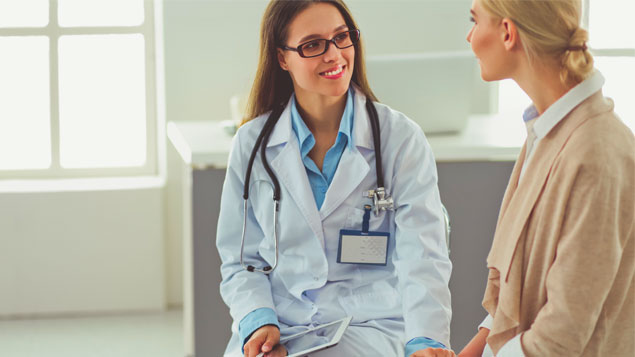 Almost a quarter (24%) of women say they have missed a health check because they were “too busy” at work to attend.

According to a survey of more than 1,600 women commissioned by Bupa Health Clinics, 12% also said they avoided going to their GP about their female health concerns because they were simply too embarrassed to raise the subject with their manager.

This is despite 28% admitting they would want to discuss cervical health if they were to visit their GP. The menopause, breast cancer and periods were also seen as common worries among those polled.

It follows recent research by Breast Cancer Now that found the number of women predicted to die from breast cancer is set to increase from 2022, if current trends continue.

Dr Petra Simic, medical director at Bupa Health Clinics, said the “always on” culture often experienced by some workers meant that employees were prioritising their job over their health.

“With the majority of health concerns, the key is spotting and treating problems early, so it’s important that women are having regular health assessments with a clinical expert to address any issues they may have,” said Simic.

“Being proactive about your health and addressing concerns early is likely to lead to less sick days taken, so it also makes business sense to encourage employees to take better care of themselves.

“Whether they feel embarrassed to raise the topic with their manager, are scared, or think they don’t have the time, it’s important women don’t avoid medical appointments if they have concerns.”

She said specific female health assessments give women the opportunity to discuss any concerns and receive tailored advice.

A separate Bupa UK Insurance survey earlier this year found that four in 10 people were unsure what to look for when checking for common cancers, which meant 38% had never checked themselves.