By Personnel Today on 30 May 2013 in Health and safety, Latest News, Occupational Health, Wellbeing 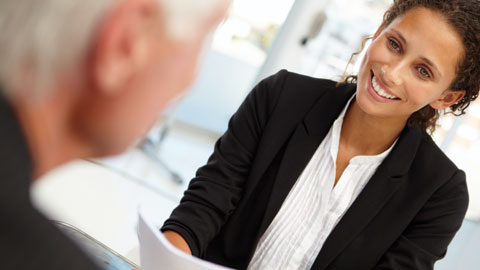 The Commercial Occupational Health Providers’ Association (COHPA) has expressed disquiet at comments made by welfare minister Lord Freud in April about the extent to which the Government’s proposed new health and work ­assessment and advisory service could supplant the role of existing employer-based occupational health services.

In a post on its website, COHPA said that in meetings it had held with Dr Bill Gunnyeon, chief medical adviser at the Department for Work and Pensions, he had suggested the new service, when it launches next year, will be of a voluntary nature.

“Given the limited (£50 million per ­annum) budget for the service and the existence of OH services in many companies, Gunnyeon has indicated to COHPA the voluntary nature of service. He noted that where an individual was employed by a company with an existing OH service, for example, or where they were already receiving treatment for cancer, there would be no need for them to be referred to the service,” said COHPA.

However, in an interview on ­Radio 4’s “In Business” in April, Lord Freud suggested it would be quite unusual for someone not to be ­referred to the service after they had been off for four weeks.

“There will be an expectation that in most circumstances at the four-week stage the GP will refer into the service. Most people will be expected to go to the service unless there is a very defined, specified reason for them not to go,” he said.

This, said COHPA, was “a more robust line” than that taken by Gunnyeon.

But, it added, it had been reassured by the Government that no hard-and-fast decisions had yet been made about the detail of the new service.

“We understand that [Gunnyeon’s view] remains the position, despite the somewhat stronger line from the minister (which may have arisen from a desire to emphasise the Government’s determination to get tough in addressing the problem),” said COHPA.

“In addition, the Department for Work and Pensions continues to emphasise that the detail of how the service will operate in practice has still to be worked out.”

Elsewhere in the Radio 4 interview, Lord Freud stressed that the new service would be “tightly linked” to NHS-commissioned services, but that employers would be able to spend money elsewhere. The service would, in essence, be a “gateway” to other services.

He also confirmed it would not simply be a case of rolling out the existing Fit for Work pilots nationwide – it would be a new entity.

When questioned as to whether there might be a disciplinary element attached to it, he said: “There will be concern among some employers that some people are taking advantage of the sickness ­absence regime. Clearly, if there is an independent ­assessment, employers can take a view on where there is abuse.

“It gives people a much cleaner way of reaching assessments on what is the problem here, what should be done, and in a proportion of cases disciplinary action may be appropriate.”